Colorblind? Are You Sure Of That?

A few years ago in researching my new novel “Sparrow” a story about a small country church that fights a white supremacist group in its community, I read a few books by some black authors because I wanted to accurately listen to their heart and voice. I was humbled by what I read. One of the books was called Winning The Race To Unity by Clarence Shuler, a Christian family conference speaker.

Shuler was one of twelve blacks out of a class of 1,100 who attended Moody College back in the early 1970s. In his book he writes of what it was like being completely ignored by a majority of the white Christian students around him. No one would speak to him at first, that is until he started playing basketball and helped Moody win a few games. It was a saying in the black community as Shuler grew up: “Sports has the ability to take blacks from the outhouse to the penthouse.”

One of the things that Shuler has heard a lot of in his life is white Christians coming up to him saying that they’re “color-blind”, that they don’t have a racist bone in their bodies. Today among conservatives, there’s a pronounced push-back against concepts such as “white-privilege” or “microaggressions” which the African-American community has used to explain their experience of being black in America. While these concepts have most certainly been maligned today by both black and white, as originally conceived, the idea that whites enjoy certain “privileges” in our culture (e.g. shopping without suspicion) or that the hurt of racial condescension can be felt from very minute interactions, should not be flippantly tossed overboard by whites with a “Oh just get over it,” shrug of the shoulders.

The fact of the matter is, we’re not nearly as colorblind as we think we are, Shuler writes. We all know the color of our eyes, the color of our hair, our houses, the clothes we wear. (I even throw a little dye in my beard to keep 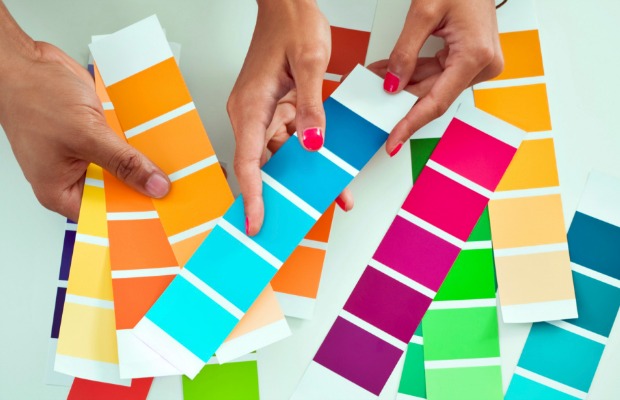 it from going skunky.) We pay such great attention to color in every area of our lives – is it likely that we can truly ignore it when it comes to the color of our skins?

As for racial attitudes, is it really possible to claim that we are free of any and all prejudice? What would be your very first reaction if your son or daughter walked into the house with a boyfriend or girlfriend of another color? What would go through your head if you worked for an Affirmative Action employer and met that new African American guy they hired in the billing department? Our cultural experience in the United States is so charged with racial overtones and issues, that no one can truly claim perfect innocence when it comes to this area.

In his book Blink, Malcolm Gladwell tells how women musicians were consistently overlooked by symphony conductors, though the conductors vehemently denied that any bias was reflected in whom they chose for their orchestras. But it wasn’t until blind auditions became standard practice that the percentage of women in orchestras increased.

Not even the apostle Paul, for all his progressive understanding of what Christ had accomplished on the cross to reconcile the races, could rid himself of it entirely. In his letter to Titus, who was serving as a pastor on the island of Crete, Paul wrote of the natives, “Even one of their own prophets has said, ‘Cretans are always liars, evil brutes, lazy gluttons.’ This testimony is true,” Paul says in 1:12, betraying his own prejudice. Really Paul?

It’s just in us, almost by nature, this attraction to people like ourselves and aversion to those who are different. When Charlton Heston was filming the original “Planet of the Apes” (which was the far superior of all Ape films, past and present), he was shocked to notice that while on the set, during breaks in the filming, the chimpanzees hung out with the chimpanzees, the gorillas hung out with the gorillas, and the orangutans chummed with the orangutans. “I have no explanation for that,” Heston wrote.

And another question. While you yourself may be free of unkind or inaccurate thoughts about members of other races, how do you respond when you see other races suffer an injustice? Does it bother you – bother you enough to the point where you are willing to say something, do something, be inconvenienced – or do you just shrug your shoulders, and say, “Too bad for them. I’ll have to remember to lift that up in prayer.”

Racism does not have to be outward hatred. It can be passive neglect. It was refusing to speak up during World War II when knowledge of the maltreatment of the Jews became known. It was white evangelical Christians failing to rally behind Martin Luther King as his people were being shoved to the backs of buses, and denied simple hospitality at hotels and restaurants, and set upon with attack dogs and firehoses. It is suburban Christians around the inner city looking the other way at the epidemic of drug trafficking in the city – drug trafficking that is largely financed by dealers and dope peddlers who live in the suburbs.

So what should we do differently if we truly want to burn out of us these ungodly attitudes which lurk just beneath the surface of our hearts? Clarence Shuler would challenge us to ask ourselves three critical questions if we want to begin tearing down the walls of racial prejudice that divide us.

The story I’ve written, “Sparrow”, is one attempt I’m making to reach out, build a bridge, and wrestle with these questions that Shuler is asking. Should you pick up this book, I pray that you will be as stretched in reading it as I was in writing it.