Compassion And Boundaries Belong Together

Note: The following is an article I wrote in November 2015. It seems worth pulling forward again as the simmering pot of immigration reform has boiled over this weekend after President Trump’s executive order. While the two sides scream and yell at each other, it seems to me that there are two questions at the bedrock of all of this: 1) Should a nation have boundaries – yes or no? 2) If yes, then what should those boundaries be?

“And you are to love those who are aliens, for you yourselves were aliens in Egypt.” – Deuteronomy 10:19

‘No widow may be put on the

They’re doing what any of us would do in their situation. Fleeing a situation that would result in certain death for them and their families. When life so turns on you that all you can attend to are the lower tiers of Maslow’s pyramid – food and safety – then that’s what you do.

It’s the numbers that are mind-boggling. 9 to 12 million refugees have fled Syria in recent years to escape the madness of civil war and terrorism, including more than 2 million Christians – Christians who until recently represented the oldest flourishing Christian community on earth. (Paul the Apostle was famously converted on the Damascus Road in Syria.) Now this 2,000 year old church is gone – its members driven out or wiped out.

But this is just one facet of the global refugee situation. The UN reports that worldwide, there are nearly 60 million people who have been forcibly displaced from their homes.

As Americans debate the idea of welcoming 10,000 Syrian refugees into the US (or whatever the number will end up being), it would be beneficial to first take a sweeping glance at the larger global crisis. It will give us perspective as we decide what to d 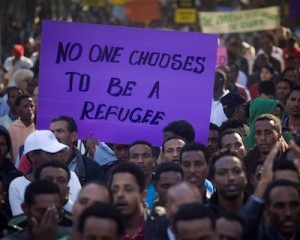 It has been suggested by certain leaders that any hesitancy to embrace the Syrian 10,000 (because of terrorist concerns or economic concerns) is “not who we are”, is not “compassionate”, is not (ahem) “Christian.”

(It’s interesting how politicians will lecture us on what the “Christian thing to do” is in this context, but when the subject is, say, redefining the family, Christians are the last ones they care to hear from. But I digress.)

I have one question. If compassion is all that’s required to solve this problem, then why stop at 10,000? Why not 100,000? Better yet, let’s really make a dent, and bring in a million. Heck, let’s solve the world’s ills and invite all 60 million in!

Intuitively, most sane people understand why that’s not possible. It’s the same reason my church – which provides a safehouse for homeless families, financially supports local soup kitchens, and runs a modest foodshelf and benevolent fund – turns some people away when they come looking for money or groceries. We can’t care for everyone.

Logistics keep getting in the way of our compassion.

As a Christian and pastor, I can say for certainty that compassion is messy. On one hand, followers of Christ are to be exuberantly generous. But on the other hand, the Bible makes it clear that compassion is to be exercised thoughtfully. We are stewards of our lives, communities, and the very earth itself (meaning God expects us to rule under him, employing wisdom and responsibility).

While God commands us to care for the refugee, the fatherless, and the widow, he doesn’t specify how. He leaves us to figure that out. (And politics is thus born.) Any assumption that a handout is always best, would be seriously mistaken. Sometimes the compassionate approach is to not give. A good parent knows that sometimes the most loving word to speak to a child is No. 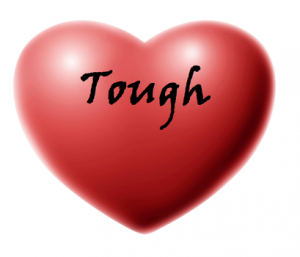 The early Church placed boundaries around its compassion. “If a man will not work, he shall not eat,” was a rule that governed its charity (2 Thess.3:10). Good was to be done to all, but “especially to those who belonged to the family of believers” (Gal.6:10). The Church provided a form of welfare to its neediest members, but recipients were vetted. They had to be a certain age, and not have family who could provide for them (1 Tim.5:2-5).

How heartless! How unchristian! Not at all. It’s wise stewardship. “The poor will always be with you,” Jesus said, not to discourage us from giving, but to remind us to come at this problem with grace and wisdom – something many of our leaders clearly lack.

Logistics matter. God wouldn’t allow the Hebrews freed from Egypt to occupy the Promised Land too quickly, but slow and steadily over time. Why? “Because the land would become desolate and the wild animals too numerous for you.” (Ex.23:29). See, logistics.

Shout out, “We’re a nation of immigrants!” all you want. But ask the Boston suburbs of Chelsea and Lynn about the logistical nightmare of seeing too many immigrants flood in too swiftly.

Nations as well are to exercise good stewardship with their own citizens and with others. The enactment of a sound immigration policy that sets boundaries around whom the nation allows in, and how many, and expectations for their assimilation is not a selfish act, but the height of wisdom.

It may feel selfish, because intuitively we know our own residence in this country is itself a gift of grace, so it feels bad to then deny that residency to others. But deny it to some, and choose it for others, we must do.

The rise of Donald Trump and the brusque brush-back Mr. Obama is receiving at his Syrian refugee proposal are just two of many signs that the American people…are heartless, uncaring, unchristian, xenophobic? (You fill in the blank.)

I suggest another possibility. That this shows how the American people are waking up, and looking at their nation with concern for its future.

When our leaders look the other way as tens of thousands pour through a sieve-like border, with no thought to where the resources to care for them will come from, with no concern that they be properly enculturated into the ideals and ethos that made this country special (and why it has its arms open wide in the first place), and an inadequate process for weeding out those bent on destroying us – well, these actions do not inspire trust. (And shall we go down the road of wondering to what degree the policies of our leaders contributed to the problem in the first place?)

Because I am a Christian, because I am caring, because I am compassionate, I call upon our nation’s leaders to stop being petulant and politicking, and try for once to lead with an eye toward the next generation, and not just the next election.

In the meantime, our church has established a sub-committee to begin researching how we might sponsor a refugee family. It’s what followers of Christ do.