Is The Christmas Story For Real?

As the season we call ‘Advent’ begins, we come round to considering again this story Christians love to tell about how God became human and came to earth in Jesus Christ. But how do we know that the story is true?

For me, the uniqueness of the Christian message compared with other religions is one of many powerful indications of its truthfulness.

Think of it. The Christian life is not an obvious life. It’s not something that a person would make up on his own. When humans throughout history set about inventing religions, they invariably came up with systems of belief that asked little of them and stamped God’s endorsement on how they were living. Baal and Ashteroth let the Old Testament Hebrews do whatever they wanted. If you wanted to practice child sacrifice, great. Chuck your kid in the fire. Temple prostitution, why not? Only stingy, mean Yahweh said you couldn’t do those things – and keep these commandments while you’re at it!

The gods of Greek and Roman paganism didn’t care how humans treated each other. They didn’t care about who you killed or made war against. Didn’t care what you did sexually. Didn’t care about you, period. Islam chucks a few rules your way – its ‘five pillars’ (which honestly cannot compare with the full-flowered beauty of the Ten Commandments or Jesus’ Beatitudes) – but it doesn’t demand that you change morally or become a better or more loving person. And in so many places in the world today, you can give full vent to your hate and barbarism, and Allah is fine with that. In fact, he’ll reward you.

Buddhism is especially popular in America today because it’s chock full of self-help tips like mindfulness training and meditation techniques, which are legitimately helpful. But as far as providing solid moral boundaries to live by, and accountability to our Maker, even the Buddah himself denied that his system provided such things. You can be ‘spiritual’ and still pretty much do whatever you like. Liberal, mainline Christianity which years ago tossed overboard any idea of the Bible’s authority – its gospel contains no Cross, no sin, no Savior – throws the word love about like flower petals, but its idea of what love really is sounds suspiciously like talking points from the Left. 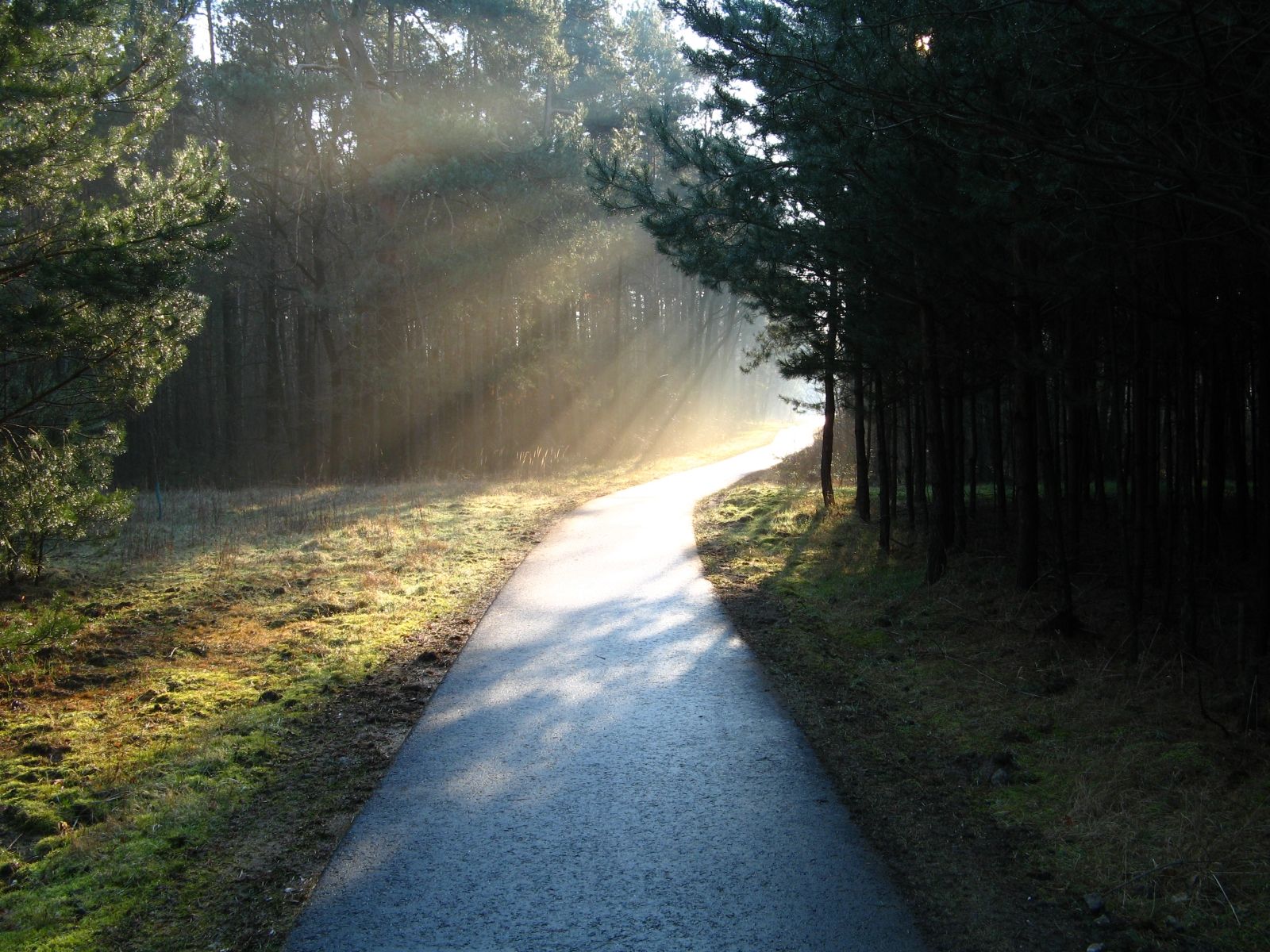 Only biblical Christianity, and biblical Judaism before that, stands before the world and says, “There’s this road that God expects us to walk on. And it’s narrow, it’s hard at times, but it’s very clearly marked out. And this road is the way to eternity, the way to experience true life, and the way to know God.”

Jesus says we are to ‘love each other’. Rather than this being a syrupy, Hallmark-channel sort of love, this love is robust, sacrificial and expansive. This love demands that I bring to heel my selfishness and pride. It leans Right (to our way of thinking) and insists on personal morality. Then leans Left (so it seems) and insists on social morality. And Jesus says we are to ‘serve each other’, which is the exact opposite of how the world tells me to live. The world says it’s survival of the fittest, eat or be eaten. Serve, slurve. And Jesus says, we are to “welcome each other’ without exceptions. The world kicks all kinds of people to the curb. Not so with you, Jesus says. I value those people. I hurt for them and want to help them.

It’s very unlikely that this could have been invented by humans. It had to have been revealed to us by someone outside of us, someone above us, someone who made us. And this Someone did not leave us to guess how we ought to live, but he provided a roadmap in a book he gave us. And then he came to earth himself and showed us what that life looks like in the flesh. Then he died for us to unleash in us a forgiveness and grace we had never known before. Then he rose from the dead, to walk alongside us and help us live this life. Provided we’d invite him to lead the way (for this Someone insisted that apart from him we could do nothing.)

No. This faith, this life, this story is not obvious at all. For that reason (and my heart dances within me to think of it), I suspect that the story…is true.