There are only a few movie scenes over the years which have made me cry. Kevin Costner playing catch with his dad. Chance, Shadow and Sassy running over that last hill into their owners’ arms. Aragorn saying to the hobbits, “Friends, you bow to no one.” Blowing up that blasted shark.

But the tears really start to flow every time I come to the end of Saving Private Ryan. Tom Hank’s character Captain John Miller is sitting on the ground, his life ebbing away after being shot in battle. The young private he and his men have risked all to save and restore to his family – Matt Damon’s James Ryan – is kneeling before him. The battle is won, the mission accomplished, Ryan is safe and going home.

Just before Captain Miller draws his last breath, he pulls Private Ryan close and says to him, “James, you earn this.”

The film fast-forwards to the present day where the elderly Ryan is kneeling before the white cross where Miller is buried in Normandy, with his family looking on behind him. “Everyday I think about what you said to me on that bridge,” Ryan says. “I’ve tried to live my life the best I could.” When his wife approaches, Ryan takes her arm and looks desperately into her eyes and says, “Tell me I’ve led a good life. Tell me I’m a good man.”

I cried the first time I saw that scene, and I’m letting enough tears loose as I write to short out my computer should I lean over it. I just can’t get over the power of this scene, which is more than a scene – it is reenacted in real life over and over again – from the present day, back to Vietnam, back to World War II, back to every war that’s been fought where one has given his life for the freedom of another.

Back 2,000 years to the greatest battle that was ever fought – the battle against evil waged by the Captain of our salvation, Jesus Christ, as his own tortured body lay spread out, nailed to that splintered cross. It took Steven Spielberg to show me the real power of what Christians call the ‘atonement’ – the price paid to restore a rebellious human being to his or her heavenly Father.

What did Miller mean when he said, “Earn this?” Earn his freedom? No. That was earned for him by Miller’s sacrifice. It was a gift of grace Ryan could only receive. In those two words, Miller was saying, “James, when you go home, you so live your life that my death for you will not have been wasted. Don’t you dare throw this gift I’m giving you away.” 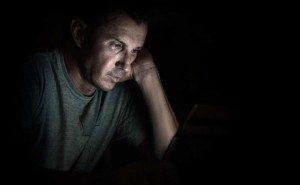 I wonder what all those young 20 and 21-year-old men who have died in the past century’s wars think as they look down on our nation from eternity. Men like my great-uncle Melvin whose plane was shot down over France – men who never got to make love to a woman or wrestle on the floor with their children or take cross-country vacations. What do they think when they see men huddled over computer screens in darkened corners? And fatherless teens roaming city streets and malls in packs? And TVs pumping out nightly sewage of the kind of violence and lewdness that would have made their generation blush? (Are we up to CSI Des Moines yet?) Could any of them be forgiven for thinking to themselves: “We died for this?”

On this Veteran’s Day – let every teen pause for a moment before disappearing into their computer game, let every Idiot Child at Yale (thanks for the laugh, Kevin Williamson) take a break from their whining about their need for ‘safe places’ and ‘trigger warnings’, let every adult pause their binge-watching on Netflix tonight – to remember why we have the freedom to do these things. Let’s try, for one night at least, to earn it.