Easter – The Most Important Event In Human History

A man, his wife, and mother-in-law went on vacation to Jerusalem.  While they were there, the mother-in-law passed away.  An undertaker told them, “You can have her shipped home for $5,000, or you can bury her here in the Holy Land for $150.”  The man thought about it and told the undertaker he would just have her shipped home.  The undertaker asked, “Why would you spend $5,000 to ship your mother-in-law home, when it would be wonderful to be buried here in the Hold Land—and you would spend only $150?” The man replied, “Long ago a man died and was buried here, and three days later he rose from the dead. I just can’t take that chance.”

This is the weekend when we remember what is arguably the most important event in the history of the human race – the resurrection of Jesus Christ from the dead.  Christianity stakes all of its truthfulness on this one event.  If it didn’t happen, then our faith is a sham.  The Bible says, “If Christ has not been raised, your faith is futile; you are still in your sins.” (1 Cor.15:17).

Knowing this, opponents of Christianity have tried their best to dismantle the resurrection story, from the very beginning – when the claim was made that the disciples stole Jesus’ body – down to our own time where you have profiteering hustlers like Dan Brown telling spinning his lies in “The DaVinci Code”. 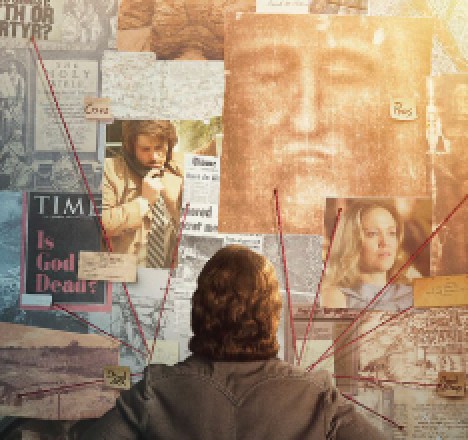 Three-decades ago, Lee Strobel’s world was turned upside down when his wife became a Christian, and Strobel – an award-winning journalist – set out to demonstrate that there was no factual basis to Christianity, so he could “rescue” his wife. Instead, he came face to face with a mountain of evidence as solid as granite which he could not explain away or disprove. In the end, he bowed his knees to Christ for he could not deny the truth he had discovered.

Truth be told, Strobel’s  search is something that is required of every human soul. Including yours. Jesus placed a claim on your life. He came to earth and proclaimed that he was the way, the truth, and the life (not “a way”, but “the way”).

What that means is that should you reject Christ’s claim upon your life, then you had better have a good, long list of solid reasons for why you’re rejecting him. And it better be more than a few jokes you heard on the golf course.

And anyone on the planet with the least intelligence would be wise to consider what that case is, and then make darn sure they can defend their “I believe it” or “I don’t believe it”.

Can You Explain Why Each Of The Disciples Accepted Martyrdom?

Here’s one piece of evidence you must contend with: Each one of the disciples went to their deaths – violent deaths, incidentally; they embraced martyrdom – proclaiming that Jesus was the living Lord of life (except John who alone died of natural causes. And isn’t it interesting that John was the only one of the disciples to stand bravely at Jesus’ cross?)

You say, “Well, how can we trust them? People have lied in court before to save their skins.”  You’re missing the point. Would you ever lie to lose you skin? 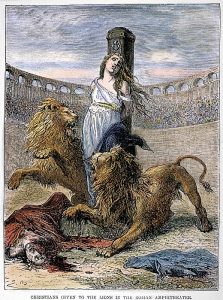 But if you don’t believe in it – if you know it is a lie – then would you still die for it? Maybe in pride or foolishness a couple would. But everyone? Not a single dissenter? Not a single one backtracking, saying, “Wait a minute. This isn’t worth being fed to the lions. I take back what I said.” None of the disciples took it back. Jesus came to them in the dungeon of their lives, spoke truth to them, brought peace to them, made promises to them, and he kept every single one of those promises, including the one that he would rise from the dead.

So of course they laid down their lives for him. And that universal, across-the-board sacrifice is just one powerful bridge of evidence that crosses the river of faith.

Here Lee Strobel is, and here I am, 2,000 years later, 50 generations or so down the line, saying that this evidence says something to us. And unless you can come up with a better explanation, then if I were you, I’d begin doing some serious soul-searching.

God welcomes scrutiny. “Come, let us reason together,” he says to you. But will you do it? Come on…I dare you.