The passage of time has always fascinated me. 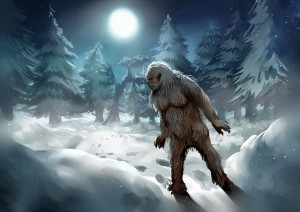 “Barry, world. World, Barry.” My introduction to life was made on a blistering hot summer day (so I’m told) – July 1, 1962 in Mason City, Iowa. Not many memories are in the closet from my earliest years. But when I was a boy, we moved away from my hometown in the fifth grade. Coming back just a few months later to visit, I was stunned by the changes I saw everywhere, in everything from my friends’ hairstyles to the paint color of the local movie theater. Life moved on in my absence, and it both mystified and horrified me. My immortal, unchanging childhood was being ripped right out of my unsuspecting hands.

At some point as I grew older, I made my peace by the ever-rolling stream of life. But the thought awakened in me: I wonder if I could capture time? I wonder – if I if I planted my feet firmly and set my gaze intently – would I be able to see with my own eyes that rascal, that Yeti – Change – when he randomly appeared to upset the eternal order of things? Could a person capture the moment when the boy slips into Manhood? When summer disappears into autumn? When strength ebbs and beauty fades?

Maybe it was this quest that set me to journaling. Somewhere in elementary school, I came into possession of a tiny five year “My First Diary” which I began to write in faithfully. Later in junior high, I graduated up to a “Day At A Glance” diary that my dad used, and from high school on, it was just notebook after notebook, until computers came along.
A few years ago, I began to send along with our Christmas cards excerpts from my jo 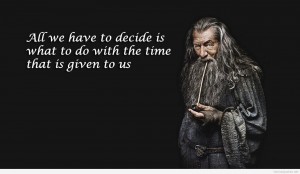 urnals of the past year, and I was taken back by how much people enjoyed them. “You are a geographer of the heart,” someone said to me. “I love the way you explore life from every angle.” That got me thinking. Maybe there are some jewels to be mined in the piles of dirt that are my journals.

I’m not convinced of that entirely, so consider this section a sort of literary experiment. Since I have kept a diary now for more than four decades, my thought is this: Why not place entries from each of these decades side by side against each other? Let’s see if perhaps we can catch a glimpse of that Yeti slinking down from his hideaway, to make a mess of things. Uncertain of where this will take me, let the experiment begin. To read archived entries, just click on the TEENS, TWENTIES, etc. tab above each column. Words that appear in italics are present-day thoughts or ‘color’ on what I have written. 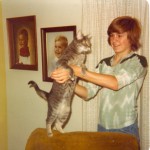 In the summer of ’79 my father was transferred from Chicago to Omaha. As I began my senior year in high school, I found myself 450 miles away from my girlfriend, and friends, still drifting from God and very down about life.

October 26, 1979 – Well, she’s official today as of 3:15 today, I am legally in the red. In other words, I picked up my car. They wanted $300 down so that’s a pain in the side, not to mention my poor bank account. But man, that car is a beaut! That for speed is something else, and handles great, has reasonable shocks and accelerates like a champ. The payments are under $100 a month so if I can clear the almighty insurance hump that looms ahead along with the winter tire syndrome, I might just do all right. Of course, there’s always gas, phone bills, etc. It’ll be tight. That’s for certain.

Janet called this evening. Things may be looking up a little but until I see her face to face, I dunno. We’ve still got a long way to go. But a step in the right direction is that barring the unknown, Dad says we’re going back to visit friends in Crystal Lake November 18th! God forbid the unknown.

In the fall of ’82, I was a junior at the University of Iowa. Though I was starting to question the goofy church I was a part of, I wasn’t questioning God. I was all-in, volunteering as a youth leader, doing Bible studies,writing sermons, and about to stir up a small hornet’s nest at my college.

September 22, 1982 – I’ve got some good news and some great news. The good news, and I say this with fingers crossed, is Sunday I’ll get the pulpit at Prince of Peace. Mom called at 7:00 this morning (how can anyone function at that hour?) The elders will decide tonight; and we’ll find out tomorrow.

Anyway, the great news revolves around an editorial I wrote in the Daily Iowan last week about creationism. Ooo boy, this thing might just swallow the campus alive. I quoted heavily from Winkey Pratney in the letter and to conclude it all, I included a challenge issued by Dr. Walter Brown in a recent issue of Moody Monthly.

Dr. Brown is director of the Institute for Creation Research in Naperville, Illinois and he challenged any competent evolutionist to enter into a written debate with him on the condition that only scientific evidence be used and that the results be published.

I dropped the letter off at the DI and not two hours later I got a call from Liz Byrd, an editorial-page editor, wanting to confirm the letter and… It turns out she is in anthropology teaching assistant and she said if no one would respond to the challenge, that she yourself might undertake the project.

With informational help from my roomate Tim, I phoned Naperville and within five minutes I was speaking with Dr. Brown. He restated his intentions and said he’d send me out a memorandum to be signed by both participants establishing a few ground rules so now the stage is set and Act I will begin as soon as the letter is published. We’ll keep you posted.

Having graduated from seminary in 1992, I was halfway through a 5 year ministry in Dalbo, MN. God was beginning to stir my heart to write. I would soon begin to poke away at a screenplay for “Ben-Hur: The Odyssey”. One of the things he used to propel me was a simple movie. This day and this movie changed my life.

February 15, 1993 – You blink and 10 days are gone. The passage of time can be that fast. Last night we saw the movie “Groundhog Day”, interestingly enough about the passage of time. Bill Murray plays a weather forecaster who keeps waking up on February 2. It’s a type of “Beauty and the Beast” curse that is fallen on him. The spell of déjà vu is not broken until he wins the love of a woman, which is difficult for this gruff, self-centered jerk. Murray’s character is able to carry over his awareness and experience from the preceding day allowing for him to not only develop compassion, but acquire numerous other skills from ice carving to piano-playing to reciting French poetry. You could say he picks up a liberal arts degree in a single day.

Despite the more obvious lessons of the film – that time should be spent helping others, that love triumphs over lust, there is an even deeper message that appeals to me. For most people the passage of time is like living the same day over and over again. Nothing ever changes about them. They sleep, work, eat and play with little variation on the same old theme. Most of the skills and abilities and interests we possess are in our back pockets before were 25, and the rest of our lives are spent replaying the tape with little spontaneity or growth till the time it’s over.

The challenge before us is to seize the day (who said that first, I wonder?) To not let time wash over us like a wave but to corral time, channel it and milk it of what it has to offer. Part of the major funk I’ve been in lately has sprung from a realization that I didn’t want my future to be measured by my Dalbo years.

While I think I shall always stay close to my pastor-teaching roots, I do not want this to be all there is. And I don’t even want my life to be a succession of ever-expanding pastorates. I want to eventually work myself free of the need to be a pastor (need of its employing features). I want to grow in my other interests, yes, play piano, become an expert in American political theory and history; use my writing skills to publish my ideas in fiction and essay formats. I want to be a pastor because of the joy of ministry. Paychecks and politics muddy the atmosphere. I’ve seen little of it in Dalbo, but enough to know that I must not stagnate. I envy Bill Murray’s character in a way. What he accomplished in a day will take me a lifetime. At least I, like him, have the eyes to see the potential in the calendar. 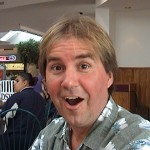 In my seventh year in Bristol. 18 years of marriage. 15 year old daughter. And two cats. My hope that something more would come from “Ben-Hur: The Odyssey” was fading, and I was settling back into ‘just being a pastor’. But not peacefully.

August 13, 2002 – We left Emerald Isle Saturday morning after a brief swim and were back at Sharon and Michaels by 7:00. And then rather than stay Sunday, we decided to head home to give us time to ease back into normalcy. At Hershey, we took a tour of the chocolate factory and stocked up on sweets to last till winter. Milton Hershey was a Mennonite who had several confectionery businesses which failed before he hit a home run, and he brought a profound biblical ethic to his managerial role in the treatment of his workers and the administration of his fortune.

Then we continued east of 422 till we came to the homestead of Daniel Boone. His life speaks volumes of perseverance through trial. Kidnapped by Indians, separated from his family, failed ventures as a land speculator (and when he did amass a fortune, it was stolen from them), and a constant drive to push West. He ended his life west of St. Louis. Oh and I failed to mention how a brother and two sons were murdered in his site by Indians.

The journeys of Hershey and Boone make my own trials seem pitifully small. “Be a joyful soldier,” the Lord spoke to my heart yesterday. As I survey these past couple weeks, I sense that the Lord has had his way with me. I have rediscovered his voice, found his blessing again on my writing, and have fresh vigor with which to tackle my responsibilities as a pastor. What more could I hope for?