As a pastor who’s now logged 33 years with the wife-of-my-life, I’ve been asked often what makes for an enduring marriage. And when that question comes up, invariably I bring up – naturally – Lewis and Clark.

On May 21, 1804, at 3:30 in the afternoon, Meriwether Lewis and William Clark, along with 46 others, put their oars in the Missouri River at a camp outside of St. Louis and pushed west against the current. Clark wrote in his journal, “Set out at half past three under three cheers from the gentlemen on the bank.” With that inauspicious beginning, one of the most amazing adventures of exploration in the history of humanity began.

Their primary purpose, as commissioned by President Thomas Jefferson, was to discover a ‘Northwest Passage’, a waterway that would connect the United States with the Pacific Ocean. Its secondary purpose was to explore the newly acquired Louisiana Territory, purchased from France.

The expedition lasted well over two years, and when it was all said and done, they traversed 8,000 miles of the American wilderness. In terms of its length, its uncertainty, its difficulties and dangers, this amazing journey belongs in the same company with the greatest voyages of discovery ever taken, from Columbus to the Apollo missions. And like those great expeditions, the one quality these brave explorers shared, which launched them into the unknown and which brought them safely back home, was commitment.

Ah. Are some lights going on for you? A new marriage begins with family and friends giving us three cheers from the riverbank. A new marriage is birthed in the joy of common interests and desires. But sooner or later we will hit a snag, or bump against rocks. ‘Musquiters’ (as Lewis and Clark called them) will start to suck the blood out of us. Busyness. Distractions. Misunderstandings. Competition. Grief. Sickness. Financial pressures. Countless things can test the resiliency of a marriage. And that’s when commitment is required.

As I’ve mused on the commitment Lewis and Clark demonstrated, I’ve landed on a few ideas that seem relevant to having a good marriage. What does real commitment look like?

First of all, commitment is something you prepare for by counting the cost.

It took Lewis and Clark a full year just to make preparations for their journey, during which time they purchased supplies, recruited personnel, built boats and made mental and physical preparations. You don’t make a trip of this magnitude without preparing for it.

As a pastor, I will never do a shotgun wedding. Before I will ever marry anyone, I insist upon a several month waiting period during which time I expect the couple to invest in marriage-preparation classes, reflection and counseling. I made it fifteen years into ministry before a couple I had married divorced, and much of that resiliency I attribute to this preparation.

Incidentally, preparation does not mean cohabitation. Study after study shows that living together before marriage actually weakens the marriage, because the relationship is birthed from the beginning in instability. There is not one thing you can learn about your future spouse by living with them that you cannot learn through a thorough courtship.

No, not even sexual compatibility. The best way to learn about a person’s sexual attitudes and history is through conversation, not intercourse. Sex is the most basic of actions. Trust me, you’ll be able to figure it out on your wedding night, and then have a lifetime to grow in the art and skill of lovemaking.

Storms are a part of life. Anyone who expects life to be storm-free is foolish. And childish. Sadly though in marriage, many do, and they think to themselves, “At the first sign of trouble, I’m out of here.”

Or it was the river itself, clogged with dangerous limbs and rocks which oftentimes forced them to walk along the banks dragging their boats by ropes behind them. Don’t forget their exposure to the elements. They wintered that first year in a fort in North Dakota where the temperatures plummeted to 40 below.

But Lewis and Clark discovered something happening to their company as they soldiered through that winter.  A group which began as a diverse set of unruly characters became a tight-knit community. Lewis described the Corps members as having a “perfect harmony” by the time they set out that next spring.

Husbands and wives who bring to their relationship a determination to weather any and all storms will find the same thing happening to them. Believe me, Janis and I have a lot of war stories we can tell, of tough times that we’ve faced together. And because we didn’t let it kill our marriage, it made us stronger (yes, there’s truth in that old saying.) 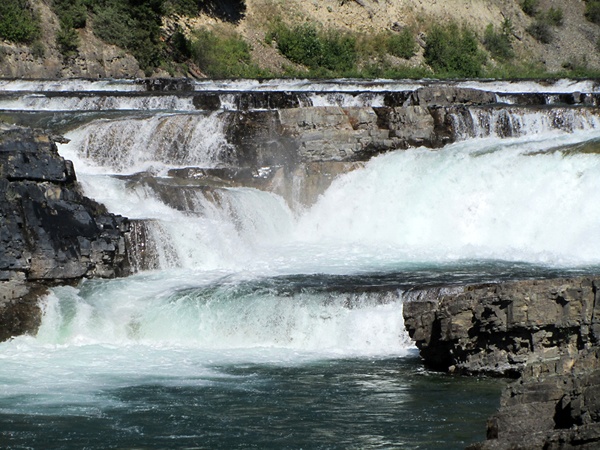 When Lewis and Clark led their team out the following spring, the obstacles that awaited them would have broken the spirits of most of us. First, they came to the Great Falls in Montana, a 10-mile stretch where the river dropped 400 feet in a series of five murderous waterfalls.

A historian wrote this:  “It would take two weeks to drag their equipment 18 miles to the top of the falls – 18 miles of searing heat, violent hailstorms that bloodied their scalps, torrential rains and flash floods, and also the threat of grizzlies and rattlesnakes.”

But they figured it out, and found a way to navigate their way through that seemingly insurmountable obstacle. But the greatest problem was still coming.

When they reached the headwaters of the Missouri they discovered the Rocky Mountains barring their way. At which time, they had their first potentially deadly encounter with Indians.

In one of the amazing “coincidences” of history (or what Christians would call “providences”), one of the Indians in their company, a young squaw named Sacajawea, turned out to be the sister of the chief of the first tribe they met, turning what may have easily been open hostility into friendship. And help. For the Indians became living trail maps to guide them through the mountain passes.

Sadly, in many marriages, couples treat problems the way they treat storms – they ride them out thinking they’ll just go away. But they don’t go away. If the way in which you talk to each other is destructive, this problem is not just going to go away because you ignore it. In fact, it will get worse. You need to solve this problem, by learning new and better ways to communicate.

I think back to my grandparents’ generation where there was very little divorce because commitment was a value most everyone shared. That doesn’t mean they had healthy marriages. I watched my grandparents endure years of an often love-less relationship. What was not good about their generation was that they lacked the skills and resources to make their relationships better. There was little in the way of counseling available to them. They had very few books they could read about the science of human behavior. The idea of sharing life in a “small group” for accountability and support was not yet a part of most church cultures.

Today, it’s just the opposite. We have more books, seminars, therapy, and groups available to help people work through relationship problems, but the commitment in our bellies to do the work isn’t there.  Nine out of ten divorces I’m convinced are illegitimate because the couple has not put the energy into their relationship to get them back on line.  Which segues smoothly to another point. 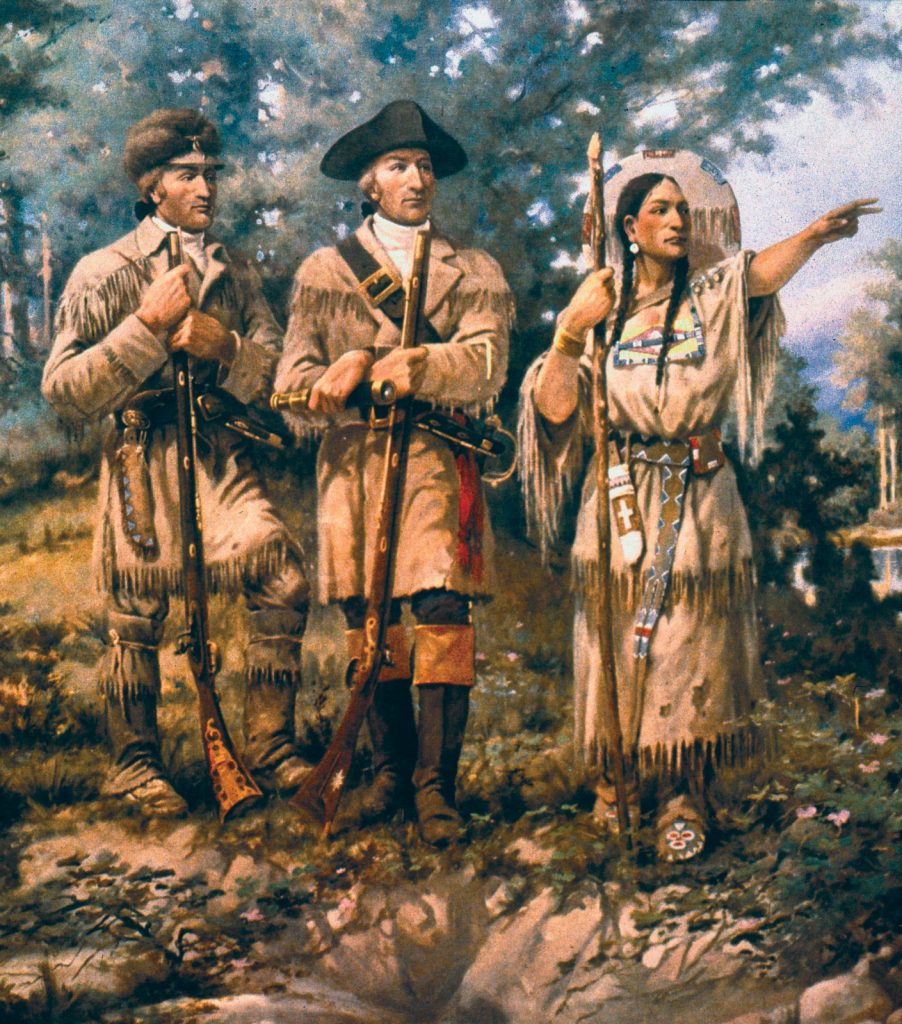 You have to admit when you’re lost and need help. Thomas Jefferson commissioned Meriwether Lewis for the job of leading his Discovery Corps. Lewis soon realized he was in over his head and went out and brought his friend William Clark alongside of him. That same attitude was there that first winter when Sacajawea and her husband were brought on board to help them.

We need guides in our relationships. The Bible says there is safety in a multitude of counselors. A huge breakthrough for Janis and I early in our marriage came when we decided to find another set of eyes and ears to help us navigate our way through the barren wilderness we had made of our relationship.

For you, finding a guide might mean getting a counselor. Or finding another couple your own age to be marriage prayer partners. Or finding an older couple to be a marriage mentor to you. It may mean reading books together. Or attending a marriage encounter weekend.

Fifth, commitment means remembering that you will give an account of your journey.

Lewis and Clark knew that they had a commission from the most powerful man in America, and that upon their return they would have to give a report to President Jefferson. I’m sure that future meeting kept them from bailing out time and time again.

Do you realize, child of God, that you also have a commission from the most powerful being in all the universe? And upon his return, you also will give a report, on how you took care of the things he invested into your safe-keeping, including your marriage.

“For we must all appear before the judgment seat of Christ, so that each one may receive what is due for what he has done in the body, whether good or evil.” (2 Corinthians 5:10). If that future meeting doesn’t serve as an incentive for you to keep your promises, I don’t know what will.

It’s a serious thing before God to break our word.  Commitment means keeping our promises, and swearing ‘to our own hurt’ (Psalm 15:4). The next time that seems too hard, call to mind Lewis and Clark and remember that like them, you one day will make a full report of your life’s journey.