There it is – Christmas in two sentences. The Word became flesh. God became human and was born into the earth – one of the most life-giving of Christian doctrines. Because of this doctrine, Christians recognize that matter matters. Because God became human in Christ, there’s a sacredness to life and a preciousness to the earth that Christians affirm. But not all religions and philosophies would agree that matter matters.

Some people hear the word doctrine and their eyes glaze over. When I was a boy, my siblings and I would read cereal boxes when we’d eat breakfast. (I’d love to do a national survey to find out how many did that growing up. It might be mildly comforting.) Frosted Flakes: milled corn, sugar, malt flavor, salt, BHT for freshness… Well, that’s how some think of doctrine. The Trinity: Father, Son, Spirit, BHT for freshness…”

But the study of doctrine is very practical, and these days essential. Because doctrine – what you believe, shapes your ethics – how you behave. We are vividly seeing on display today the impact that doctrine has on life. And if there’s a doctrine that says that infidels are to be annihilated through jihad to win the favor of Allah (exhibit A of matter not mattering), then I want to know who believes that doctrine. In the past few weeks we have seen the impact that doctrine has on life in Paris and in San Bernadino.

This is why the bizarre footdragging of our President and his administration to say that this is radical Islamic terrorism is not only foolish, but dangerous. If you have a cancerous tumor in you and your doctor keeps on insisting, “No, it’s gout”, then your doctor is playing with your life by not diagnosing the real disease.

No we can’t or shouldn’t prevent Muslims from entering the country (another strange moment in an increasingly strange political campaign.) But Americans need to get over their political correctness and start examining Islamic doctrines and history carefully.

In fact, all noble, good-hearted Muslims need to be doing that. If you say you love peace, then you need to work to bring about a reformation in your religion, because there is a cancerous evil imbedded in your religion. It’s in your scriptures, it’s splattered across your history, it’s modeled by your founder, and right now 15 to 20% of the world’s Muslims say they believe those doctrines.

Some say, “Well, this just proves that religion is the problem. Religion is what creates these monsters. Religion makes people unhitch their brains from their bodies. God’s not going to fix this!”

But that’s foolish as well. Belief in God is not the problem today. As if only more people would get over their love-affair with the Deity this world would be a better place. Sorry, but not be 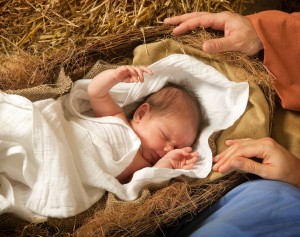 lieving in God creates its own darkness and despair.

It’s not belief in God that’s the problem. It’s belief in the wrong God. And now, we’re back to doctrine once again.

The belief in God – understood properly – is one of the most ennobling, life-giving, love-promoting, peace-inspiring, joy-producing, hope-creating beliefs that there is.

The God who came to earth in the person of Jesus Christ is just that sort of God. You don’t have to worry about one of his worshippers popping off a suicide vest in one of your meetings. And the worshippers of this God – and I have 2,000 years of history backing up what I’m going to say next – the worshippers of this God have been a blessing to this earth. The world has been made richer, safer, saner, lovelier, healthier and happier because followers of Jesus Christ are here.