Mulling Over Robert Frost At 10,000 Feet

Last week on a hike of “Mount Baldy”, a 10,000 foot mountain in So-Cal near our home, I passed a group of college students going the other direction who were discussing Robert Frost’s famous poem “The Road Not Taken”.

I overheard one of them saying, “Yeah, my teacher said that the poem isn’t what most think it is. Frost is talking about any path we choose to take. The path we choose is the path which will make all the difference in our lives.” And another of them replied, “I find that so comforting,” as they vanished around the bend.

I had to mull on that for a second. I was, after all, at 10,000 feet so oxygen wasn’t getting to my brain as fast as I needed. But something was off in what they said, and when I figured it out, I wanted to turn around and chase them down and say, “No! Your teacher is wrong! Don’t listen to him!”

For here was post-modern thinking in all its glory. The idea that there is no truth. That “truth” is only the “truth” you choose or identify for yourself. Frost was certainly not saying that.

His poem is tricky. It describes a traveler in the woods who comes on two paths which head off in different directions. The traveler peers down both, then takes the one ‘less traveled’. Which is odd that he says that, for earlier he describes the two paths as more or less the same. They “equally lay in leaves”.

Still most – including me – believe Frost’s message to be about not mindlessly following the herd. The “truth” is generally not found there, on the wide path. It’s the narrow path, the difficult path, it’s the choice to pick up something heavier than yourself; it’s the road that looks like death which leads to life.

(But I’ve just read a convincing article which points out that Frost is ambiguous enough to cause one to question the common interpretation: https://www.theparisreview.org/blog/2015/09/11/the-most-misread-poem-in-america/

From this interpreter’s position, Frost is thinking more about the general truth that when you choose a path, you automatically close to door to all the other paths, and even though you plan to come back to it another day, most don’t, or can’t, and so there will always be an “inner sigh” we feel that wonders what we may have missed. 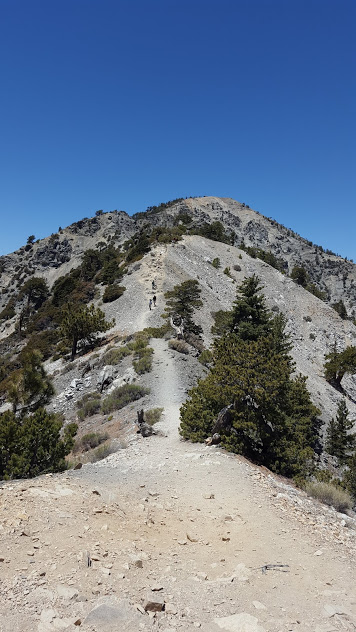 But back to our millennials. The post-modern idea – that any path you choose is fine because there is no truth, there is no path – is the spirit of our age. This spirit infects everything a post-modern looks at: history, theology, politics, and of course poetry.

But post-modernism cannot long endure because to try and live as if there is no truth is punishing to the soul, and ultimately destructive to society.

Politically speaking, sooner or later, your “truth” and my “truth” are going to come to loggerheads. In the chaos that follows, someone’s going to have to come in to break up the fight. Post-modernism, which proudly proclaims freedom to all, will ironically lead to the loss of freedom, as totalitarian powers – of first the courts, then police, then leaders – step in.

Morally speaking, sooner or later, your “truth” is going to be exposed as a fraud (especially if it doesn’t align with the real “Truth” which the universe runs by.) It’s said that people who jump off a building don’t break the law of gravity, they illustrate it.

The Internet today is filling up with heart-breaking stories of young people in their 20s and 30s who went ahead with “transitioning” to their preferred gender. They did all the things that the “loving” adults around them encouraged them to do – taking the hormone blockers and having the surgeries – only to discover that they want their original bodies back. They want the “Truth” back. But now it’s too late.

Interestingly, these students were holding this discussion as they walked a clearly marked path over a mountain pass. It was a path which had they diverged from one side, right or left, would have led to disaster.

This is what a follower of Christ, The Truth, is up against these days.