The Sad, Dark Waters Of Manchester-By-The-Sea

Manchester-By-The-Sea is the quintessential New England seaside village. As you pull north out of Boston, Route 128 suddenly slings you round east away from the chaos of the city and gently sets you down on a nub of rocky soil called Cape Ann. Unlike Cape Cod, its abrasive sister to the south, that sticks its middle finger out defiantly at the Atlantic, Cape Ann is aloof, welcoming, calming, charming. Some of the loveliest beaches, coastline and harbors are hidden away in its embrace.

Beverly greets you first, but it’s still in urban recovery – Boston on bed rest. It can’t quite manage quaintness. It’s when you come to Manchester-By-Sea though that you first understand that New England is more than geography. And from there, east to Rockport, is a magical stretch of land that I visited time after time, back in the late 80s as a student in seminary, whenever I was looking for respite from Greek and Hebrew vocabulary.

It was with those memories front-and-center that I watched the movie named after the town, shortly before the Oscars. Writer-director Kenneth Lonergan beautifully captured in his film some of the scenery I had grown to love (though I was sad that he filmed most of it in winter. There’s a reason I’m now in LA years later. Quaint only gets you so far when temperatures range from brutally cold to uncomfortably chilly nine months out of the year.) 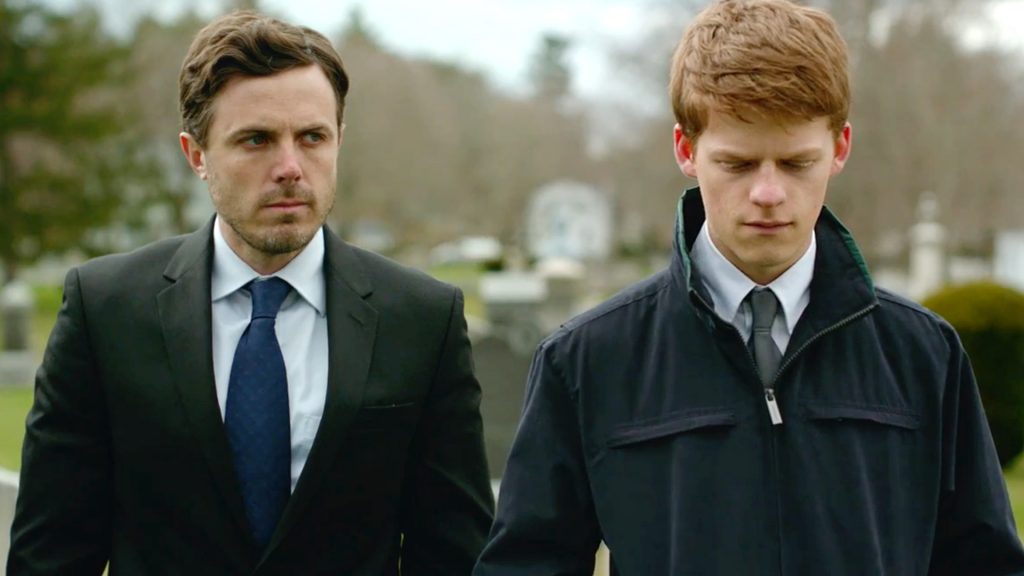 But I imagine winter was the best landscape for a story so incredibly, profoundly sad. Casey Affleck plays Lee Chandler, a sullen, quiet maintenance man living in Boston whose brother from MBTS dies unexpectedly and designates Lee as the guardian for his hormonally-charged, self-absorbed 16-year old son Patrick. It turns out that Lee and his brother grew up in MBTS, but Lee is now looked on by the townspeople as a pariah for something awful the story hints at, but doesn’t reveal till halfway through.

Early flashbacks show Lee playfully teasing a much younger Patrick as they fish on his brother’s boat, and then enjoying life as a young husband and father with his wife Randi and three young children. So we know that the chronically angry and melancholic avatar of Lee that inhabits 90% of the film (and for which Affleck won his Oscar) spins out from this tragedy.

Once the baseline of the story is established, the rest of it grinds away slowly, sometimes tediously, but Affleck gives you enough to keep you hanging around, rooting for Lee and wondering if he will shake off his demons and allow this new opportunity to teach him how to live again. But like a Greek tragedy, the weight is too much, and the boulder of grief he pushes around rolls back over him. “I can’t beat this,” he says to Patrick at the end of the story, telling him he will be cared for instead by a family friend. He and Patrick then share a moment on their fishing boat, and cut to black.

It’s easy to see why the artsy crowd was so enthusiastic about this movie while the viewing public was less so (the critics of Rotten Tomatoes gave it a 96 while the audience score was a much more pedestrian 79). Tragedy done well plays well to critics. Those looking for a reason to eat popcorn and to escape the suckiness of life don’t want two more hours being reminded…of the suckiness of life. Except for a few things that could be quibbled over, MBTS is tragedy done well.

The quibbles: 1. Please could we have a movie about Boston where the locals don’t use 17 F-bombs in every sentence they utter. I’m also looking at you “Patriots Day”. It’s such lazy script-writing, I can hardly stand it anymore. 2. Far be it from me, a lowly screenwriter, to critique Lonergan’s direction, but there was a repetitive dullness to how he framed many of his shots, and 3. the music choices were odd and often ponderous.

The film especially challenged the storyteller in me – the one informed by a Christian worldview – by pushing me to confront the place of tragedy in my writing. To be honest, I don’t think Christian artists do well with tragedy. If this had been a faith-based film, Lee would have crossed paths with a strong believer, and by the end of the third act found his way to a neat and tidy redemption, after which the credits would roll to a Third Day song.

I may be wrong, but I think 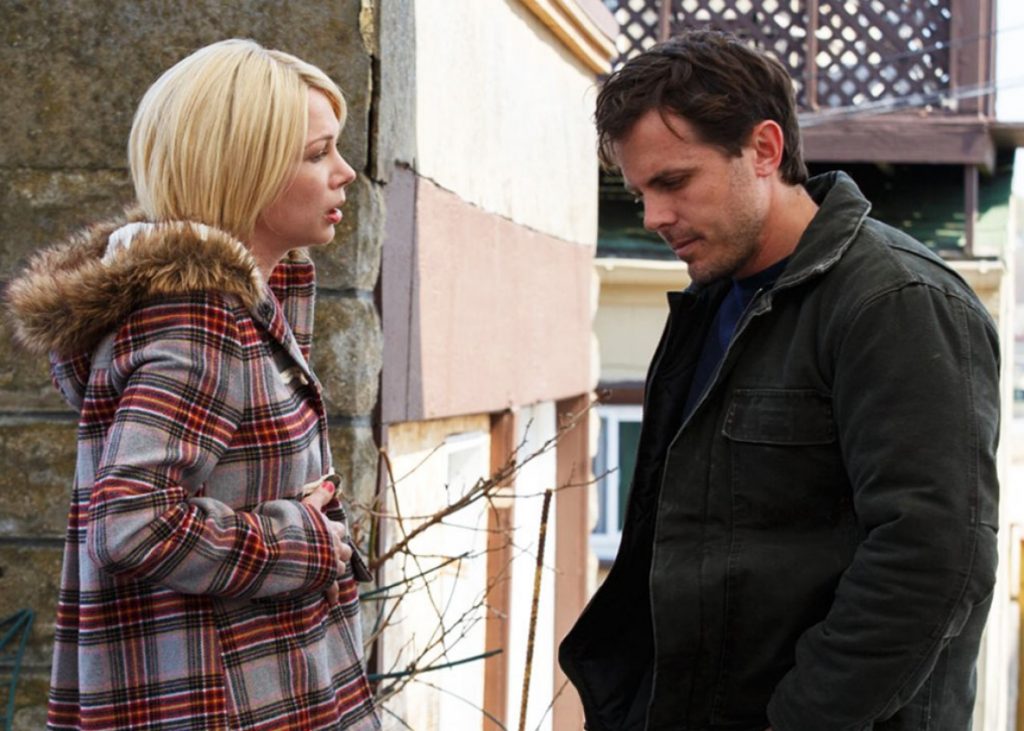 the better story is found in some sort of blend of the two. Because I believe that God is the author of the universe and the author of each of our stories, I look for signs of grace to be in, with and under how our lives unfold. I look for God to insert circuit-breakers into the current of my life, to at least put on hold my descent into darkness. I can refuse God’s overtures – the very embodiment of tragedy – or I can take steps toward the light. The idea that such a journey is effortless and easy is the fallacy-de-jour of much Christian film-making. The idea that such moments are non-existent is the fallacy of movies like MBTS.

Ironically, Lee and Patrick do cross paths with a “Christian” couple in the story (Patrick’s drug-addicted-now-giving-Jesus-a-try mother and Matthew Broderick in the strangest cameo I’ve ever seen.) Their 5-minute depiction of “Christianity” is so embarrassingly caricatured that I had to look down at the floor and pull lint off my jeans. If this is what Hollywood thinks of Christians, I can’t wait to get on the dance floor with some of my projects.

The closest we come to finding grace in the story is when Lee has a heart-to-heart with his ex-wife Randi, who pleads for him to forgive her for the way she treated him after the tragedy, and begs him to let go of his hurt. (I’m willing to bet that she found her way into a normal church at some point in her fictional journey.) It’s the most spiritual moment in the movie. And the saddest, because Lee wants to do what she asks, but in the end shakes her off and walks away. (Would a faith-based film even dare such a moment?)

But that’s it. Critics have praised the film for its “full-bodied” characters, but frankly I found them hollow, which is what a person must be who doesn’t have a single God-thought as they face the various complexities and cruelties of life.

And this is why I came away after watching the film triple-ly saddened. For the story. For the absence of grace. And for taking a beautiful memory of a magical place and stripping away its allure.