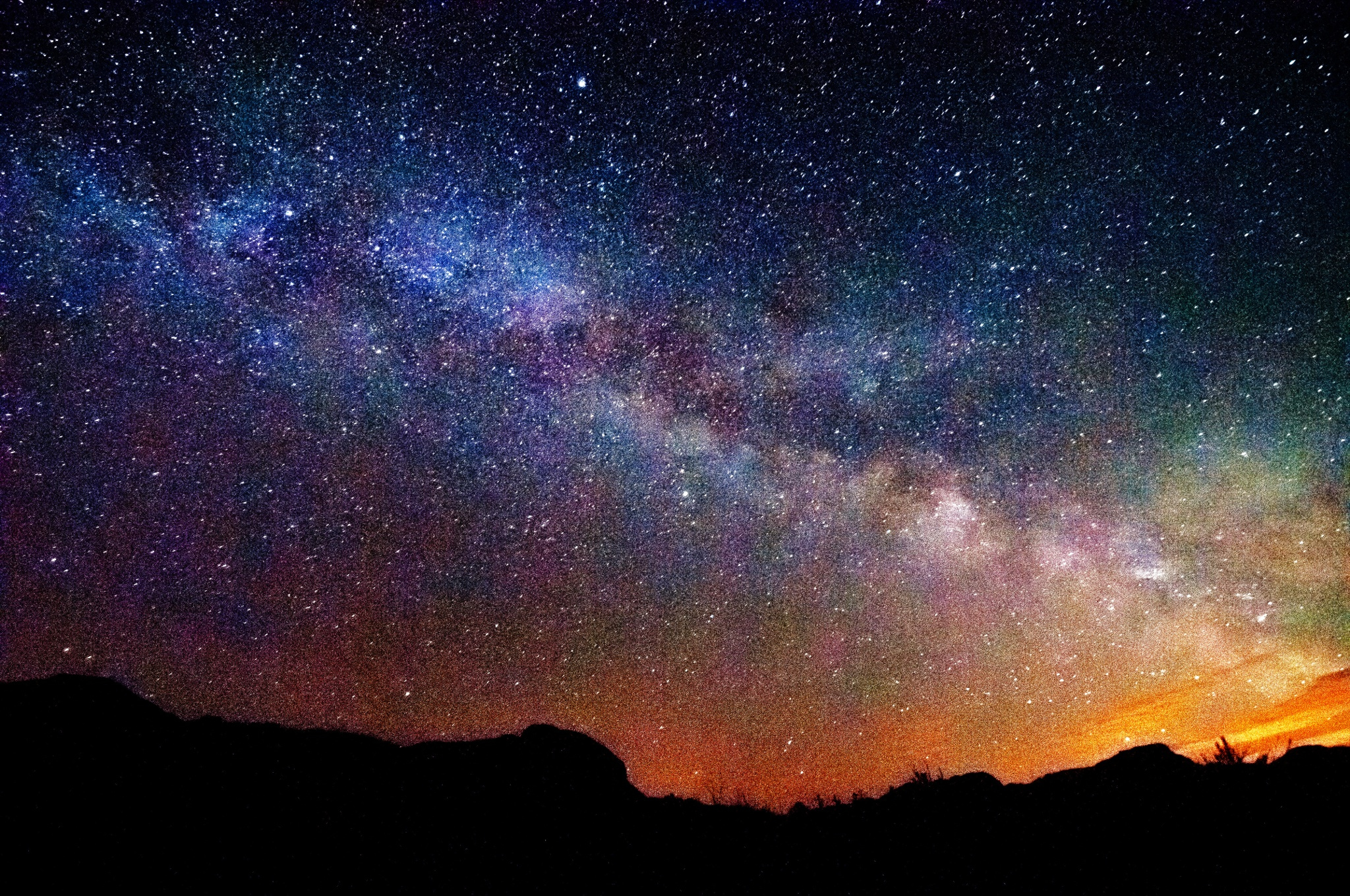 Abram has been waiting for God to fulfill a promise that he made to give him and his wife Sarai a son. But God has been dawdling, as Abram sees it. (And haven’t we all felt it? Haven’t we all wondered about what time zone God has set his watch to? If he even wears a watch.)

Abram tells God in Genesis 15:2 that he is preparing for his servant to be his heir. God at last one night breaks his silence, saying to Abram, “This man will not be your heir. But a son coming from your own body will be your heir.” Then God directs Abram outside and asks him to look at the heavens and count the stars.

I’ll never forget my first trip to Sedona, Arizona a couple years ago, and going out one night and staring at the heavens. I never realized how much “light pollution” had been shrouding my experience of star-gazing out on the East Coast till then. There’s nothing like looking at a starry sky from the desert.

“Count the stars,” God says to Abram, “If indeed you can count them.”  Then God said to him, “So shall your offspring be.”  Then the Bible says something interesting. “Abram believed the Lord and he credited it to him as righteousness.”

Right then and there, Abram’s doubt vanished.  His anxiety was swept away.

Why? Did Abram’s circumstances change all at once? Did Sarai get pregnant right that minute? No. In fact, Abram would wait more than fifteen more years for the promised child to be born. Did Abram see anything with his eyes that told him that things were now different? No.

What changed was not Abram’s circumstances, but his attitude. His way of looking at things.  Abram chose at that moment to believe that what God said about him was true.  He chose to look away from his circumstances and disregard his feelings and trust God’s promises instead.  He exercised faith in what God had said.

Faith is a word which we Christians banter around quite bit. Abram’s story shows us that real faith has two parts to it. If you’ve been living a defeated, dreary type of Christian life, then there’s a good chance that the problem comes down to one of these areas.

First, the story says that Abram believed the Lord. Which points us to the first part of faith – belief. For some people the reason they have weak faith is that they’re still not sure if Christianity is entirely believable. Was Jesus really born of a virgin in Bethlehem? Did he really rise from the dead? Is the Bible really the Word of God?

Some people wrongly believe that faith is believing in something that is unbelievable. That faith is the polar opposite of reason. But true faith builds on reason, rather than abandons it. There’s a saying I heard years ago while still in college: My heart cannot accept what my mind rejects. I grew up in a Christian home, but just because Mom and Dad said Christianity was true didn’t make it true.  I had to know if this story about Jesus was true.  Did it hold water?  Did it stand up to scrutiny?

So I read, and studied, and pondered. I deliberately took classes that tried to poke holes in Christianity, then searched to find if Christians had an answer. Incidentally, I did the same thing with Mormonism, and as a result, realized that I could never be a Mormon – because the whole structure of Mormonism is patently and demonstrably false. The story the book of Mormon tells is a lie, fabricated in the mind of Joseph Smith – with no historical, archaeological and anthropological merit whatsoever. The faith that a Mormon exhibits is blind faith, which suspends reason.

Not so with biblical, historic Christianity. The faith that Jesus asks us to have in him is a reasonable faith – a faith built on evidence, and experience and eye-witness testimony. It transcends reason, rather than abandons it. Until you’re convinced of the believability of Christianity, you shouldn’t become a Christian. Because your faith will be very weak.

Unlike cults such as Mormonism which tell you to never question the authority and teaching of its leaders, God says in His word, “Come let us reason together.” That speaks volumes to me about the integrity – and believability – of this faith built on the life, death and resurrection of Jesus Christ.