“Now all this came to pass, that it might be fulfilled which was spoken by the Lord through the prophet, saying, ‘Behold the Virgin shall be with child, and shall bear a son, and they shall call his name Immanuel, which is, being interpreted, ‘God with us’.” ~ Matthew 1:22-23 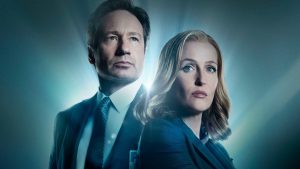 Sometimes we Christians take this astonishing part of our faith for granted, and forget what a powerful thing this is to have in our corner. It’s like being in line to take an expensive tour of all the movie stars’ homes in Hollywood, and then remembering, “Wait, Bradley Cooper is my uncle. He can show us around town.” It’s like trying to get a loan from the bank and they ask if you have any collateral, and you say, “Not really, I’ve just got a brand new Lamborghini sitting in the garage that I inherited from my folks. Is that worth anything?” Prophecy is a powerful part of our Christian witness.

And there are more than sixty specific prophecies about the Messiah laid down 500 to 900 years before Jesus was born – all fulfilled by Christ’s life, death and resurrection. Such as this one Matthew records from the prophet Isaiah.

Why did God put prophecy in the Bible? There are two primary reasons.

Quite a few fantasy movies in recent years have made great use of the idea of prophecy in their stories. In “The Matrix” Neo was ‘the One’ foretold. The Harry Potter saga was driven along by prophecy. In “Lord of the Rings” Frodo was ‘meant’ to have the ring.

But no one stops for a moment to ponder the implications of the existence of true prophecy. For prophecy to actually exist, that would mean there must be an overarching supernatural power above time that is guiding existence along.

If the Bible is filled to the brim with prophecies and it can be demonstrated that those prophecies were spoken long before their fulfillment took place, then what you’d have is undeniable, irrefutable evidence that the God we Christians worship is real. It would be evidence that we – in our stubbornness and hardness or hearts – would not be able to explain away (see Isaiah 49:4).

A second reason why God inserted prophecy in his Word was to console believers.

On Easter day, Jesus appears beside two disciples along the road to a village called Emmaus. They’re moping along, and like Eeyore they tell Jesus how Jesus was arrested and crucified. Then they say, “And then this morning some women came to us and told us they saw an angel who told them that Jesus was alive, and they found the tomb empty but him they did not see.”

At this, Jesus has had it with their whining. He turns to them and says, “How foolish you are, and how slow of heart to believe all that the prophets have spoken!” (Luke 24:25) Then Luke adds this flourish: “And beginning with Moses and all the Prophets, he explained to them what was said in all the Scriptures concerning himself.” (Luke 24:27)

Life is hard, and 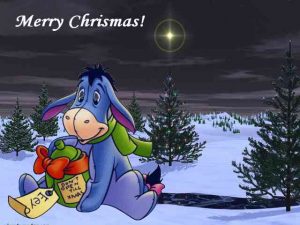 there are a lot of times when we’re tempted to let loose our inner Eeyore. What do you do in those moments, when God doesn’t feel close, or you’re not even sure if he’s there, or maybe you’ve made this whole thing up?

It’s in times like that, that you call to mind the undeniable, unexplainable wonders that are found in our faith, such as an empty tomb. Or fulfilled prophecies which foretold that tomb centuries earlier.