“When King Herod heard this he was disturbed, and all Jerusalem with him. When he had called together all the people’s chief priest and teachers of the law, he asked them where the Christ was to be born. ‘In Bethlehem in Judea,’ they replied, ‘for this is what the prophet has written: ‘But you, Bethlehem, in the land of Judah, are by no means last among the rulers of Judah; for out of you will come a ruler who will be the shepherd of my people Israel.’” ~ Matthew 2:3-6

Last time in discussing the Wisemen we made the case that one of the great truths about human nature worth knowing is that we are stupid. Now don’t go running to your safe space. What we mean is that spiritually speaking, we are incapable of knowing God on our own. We need God to make the first move. (“Long lay the world, in sin and error pining, till He appeared…”).

The next few verses of the Christmas story double-down on this narrative of numbskullness. We meet Dumb and Dumber.

First, there’s Dumb. His name is Herod. Unlike the Wisemen, King Herod we know a lot about. He ruled as a Roman-appointed king over Judea for 33 years. And this guy is one nasty dude. Picture Tony Soprano in a tunic. To preserve his power, Herod murdered his wife, three of his sons, his mother-in-law, his brother-in-law, and an uncle. Whacked ‘em all. (And later, a village-full of infants.) 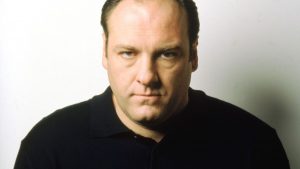 Here’s what I find fascinating about this story. Herod knew that there were prophecies in the Jewish Scriptures regarding the coming Messiah. In fact, there were not a few nut-jobs who appeared on the scene every now and then proclaiming that they were the One. (And when they showed up, Herod whacked ‘em.)

Here was a new twist however. A third party came on the scene saying, “The Messiah’s been born; God’s given us an unmistakable sign; can you help us find him?” (Which when you think of it, was a most unwise thing for the wisemen to do. You don’t go up to the then-reigning king and inform him that his replacement is nearby, and can you help us locate him?)

Herod calls together the religious leaders. Here we meet Dumber. Herod asks them, “Where’s the Messiah, the Christ, supposed to be born?” He has enough belief to consult the Holy Book and use it as some sort of guide. But he can’t put two and two together to realize that if the Holy Book is true, then maybe he ought to be changing a few things in his life. That’s dumb.

The religious leaders though are dumber. For they know their Bibles backwards and forwards. They teach it. They breathe it in, day and night. Yet these are the same people who thirty years later will fight Jesus tooth and nail every step of the way, even though they and can see Jesus fulfilling Scriptures very words.

Humans haven’t changed any. There are plenty of people today like Herod who know enough about real faith but still reject it. Goodness, how can you go through an entire Christmas season, listen to the music, listen to Linus explain Christmas to Charlie Brown, and still not put two and two together. Still not have the slightest curiosity awakened in you to say, “Hmm, I wonder, could there be something about this. Maybe I need to find out more.”

Then there are people just like the religious leaders. They go to church, they read the Scriptures, they listen to the sermons, they sing in the choir, they’ve got box seats to all of it, and still it doesn’t take hold of their heart. They too just drift through their lives unchanged, unaffected.

But don’t sit there and shake your head or finger at any of these. Look inside your heart first, and make sure none of this silliness and stupidity is inside of you.