“…And The Life Everlasting” 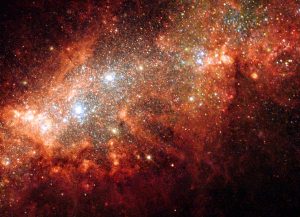 Christians are really odd kind of people when you get down to it. We believe in some astounding things. For starters, we believe in God. Which is astounding when you think of it.

Go down to the mall right now and ask people at random if they believe in God. Most will say – because they’re good politicians – “Oh sure!”, because it is still fashionable in our culture to confess belief in a higher power, provided he doesn’t mess around with their lives any.

If you proceed to then ask them if they believe in a God such as is described by the Apostles Creed – one who is the creative Designer of the universe, who revealed himself in human flesh, tasted death on our behalf, who will one day judge everyone who has ever lived, and usher his faithful ones into life everlasting in his kingdom – well, most of them will look down at their watches or phones and mumble, “Boy, I’d love to talk but I’ve got to go feed a quarter into the parking meter.”

It never occurs to such people that if there is a God, then he is much more likely to be closer to what Christians describe than the “God” of their imaginations. The Creator of the sun, the Programmer of the brain, the Filler of the oceans, is not going to be some absent-minded, easy-go-lucky, heavenly Captain Kangeroo who just blows smiles at us from his heavenly rocking chair. If he’s there, he’s every bit as magnificent, and powerful, and personal as Christians say he is.

If there is a God, then he is much more likely to be closer to what Christians describe than the “God” of their imaginations.

Christians believe in astounding things, because they believe in an astounding God.  And “life everlasting” is astounding! The concept of eternity is mind-blowing. I wasted entire math classes when I was in school trying to fathom the largest number. And just when you thought you had nailed it down, your brain said, “Oops. Add one more number to it.”

And then I would spend entire science classes trying to grapple with negative infinity. Take a foot-long hot dog and divide it in half, and what do have? Two six-inch Dairy Queen dogs. Take one of those, divide it in half. Now you’re talking White Castle wieners. Cut one of those in half, and you have cocktail dogs – break out the barbecue sauce. Where does it stop? It doesn’t!

Poof! Blows your mind. Seen properly, eternal life should help put this life in perspective. It should cause you to be a little less wigged out when something goes wrong in this life. It should help you to set better priorities when it comes to the decisions you make here and now. It should motivate you to think more of your Maker and what you owe him in terms of gratitude and service.

“When we’ve been there, ten-thousands years, bright shining as the sun; We’ve no less days, to sing God’s praise, that when we’ve first begun.”