Another Reason To Forbear 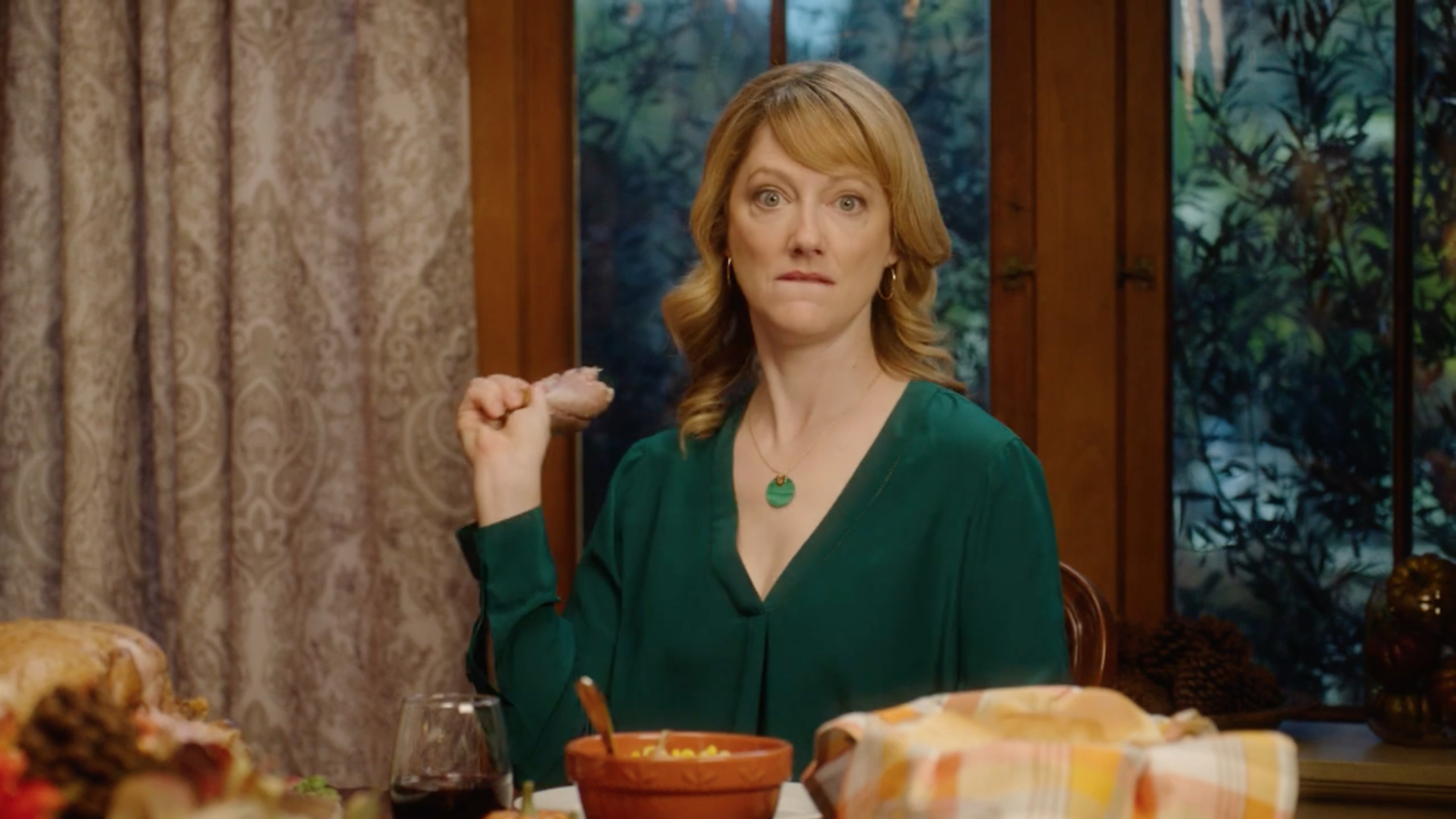 With Thanksgiving this week, a little training in conflict management would be good. For it won’t take long for weird Uncle Joe to get weird, or Aunt Martha still mired in the 60s to get political, or the fans of different sports teams to start hurling turkey legs at each other.

One solution for conflict is called “forbearance”. Forbearing is when you let it go. You give it to God. It’s not sweeping it under the rug or saying what they did wasn’t hurtful. It’s just giving it a mulligan this time around.

Here’s another reason why forbearance is an important skill to practice: Because God forbears us all the time.

Jesus says, “Don’t be taking specks out of other people’s eyes when you have a log hanging out of your eye.” It’s so easy to see another person’s sin, but seeing our own? Not so much. Try to see what’s on the end of your nose right now as you’re reading. (Go ahead. I’ll wait.) It’s hard to do, isn’t it? We’re not used to angling our eyes in that direction. Now try to look at the end of another person’s nose who’s in the room. Which was easier?

But that’s Jesus’ point. It’s easier to see someone else’s sin more than our own. And our sin is usually worse! Yet God overlooks it time and time again. We need to learn to recognize how much forbearance God has already given us. Think about all the times in your life when you did something, said something, thought something that you knew was wrong, and you looked up, expecting the hammer to fall, and instead received…nothing.

Rather than take note of all the sinning others do, take note instead of all the forgiveness God has given you. Forgiveness, grace, mercy – that’s what swallows whole the immensity of all our sinning. Peter said, “Love covers a multitude of sins” (1 Peter 4:8). Paul said, “Where sin increased, grace abounded all the more” (Romans 5:20). James said, “Mercy triumphs over judgment” (James 2:13).

It’s easier to see someone else’s sin more than our own. And our sin is usually worse! Yet God overlooks it time and time again.

It’s not that we are to forever forbear. There’s a time and a place for direct talk and confrontation (we’ll get to that in the next Spark).

But our instinct, our reflex, should be to opt for mercy first.

It’s not just for their well-being either. It’s for your own health and wellness. People who are in the sin-counting business become bitter, whiney, miserable souls. Like Jonah sitting on a hill outside of Ninevah, hoping to see judgment fall on the nasty Assyrians. And God comes to him and asks, “Are you upset?” And he says, “You bet I’m upset!” Jonah in that moment is not someone worthy of imitation. He’s a miserable, crotchety old man.

Like Inspector Javert in “Les Miserables” who cannot, will not, must not ever deviate from the law one inch, or his world is undone. And of course, here is Jean Valjean, the man of grace, through whom the spirit of Jesus shines. Which would you rather be? Shortly before ending his life, Javert looks to the heavens and shouts, “There is nothing on earth that we share; it is either Valjean or Javert.”

It’s absolutely brilliant how the writers of that musical captured the tug of war that is inside our hearts between law and grace. Grace is incomprehensible to someone who keeps running tallies of everyone else’s sinning. Forbearance allows grace room to operate. Forbearance gives the running of the universe back over to God. It lets him fix the people that need to be fixing. We don’t have to micromanage that.