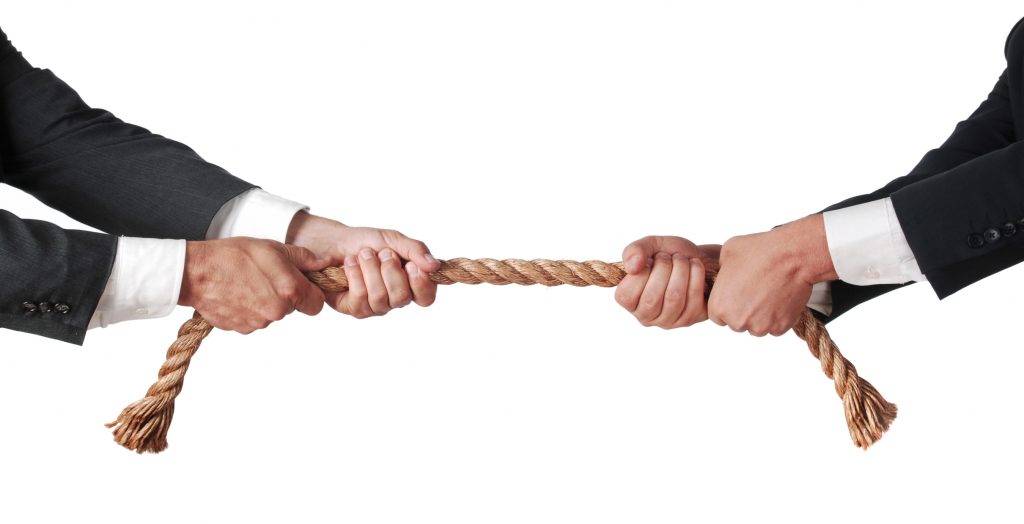 Just in time for Thanksgiving, we’re offering what we’re calling “Brouhaha Training” – dedicated instruction on how to sit around the Thanksgiving table and not fight with the ridiculous relative sitting next to you.

Here’s another suggestion: Develop the instinct to respect and listen to the person who holds a different opinion than you.

This skill is the foundation for a civil society, which explains why society isn’t so civil these days. These days showing the decency to “hear another person out” is a lost art. Instead, if we hold the slightest disagreement with you, we curse and rage and label and bully and run to safe spaces.

The Bible in Romans 14 gives some inspirational training in how to deal with “gray areas” of life – places where people will think differently than others. The early church found itself in a transitional period. Many things that believers practiced before Jesus’ death and resurrection now were fulfilled in Christ, and no longer were binding, such as all the Old Testament food laws. Food fights were happening in the early church, and the apostle Paul wrote chapter 14 to convince them to put down their forks and ladles.

Here are three truths to remember when you encounter gray areas:

We need to get into our thick craws is that there are such things as gray areas.

Paul writes in verse 1, “Accept him whose faith is weak, without passing judgment on disputable matters.” Notice what he says – there are such things as “disputable” matters.

There are gray areas. Not everything is black and white. It’s not always your way or the highway. You can say “to-may-to” and I can say “to-maddo”.

My wife and I see the world differently. I love to cook but hate cleaning. Janis is not into cooking so much but keeps a great house. There have been times when Janis has walked into the kitchen while I’ve been cooking and screamed out audibly, as though she’d seen a hairy spider. She sees a disaster before her eyes. I see a craftsman at work. I see Michaelango stepping back from chiseling David. It’s just not a problem we’ve ever been able to negotiate in three decades of marriage and we’ve learned to accept it.

The challenge is to learn to distinguish between gray areas and areas that are black and white.  Part of the problem in the Church is that because there are very real black and white areas in our faith – there are doctrinal hills that we need to be willing to die on – we fail to recognize when we’re talking about a gray area, and then bring that same DEF-COM 1 spirit into our conversation. We bring a blow torch when a flashlight is called for.

In case you’re struggling to come up with gray areas, allow me to give some examples:

So many battles, and so little time!

Then we make things worse by throwing around phrases like, “Well God told me this,” and the “Spirit told me that,” and we assume we’re on the inside track with God, rather than what we should say: “Well, here’s what I think God is saying to me. I could be wrong on this, but here’s my take…”

You need to respect the relationship that the other person has with God.

Rather than start the conversation assuming that the other is the spawn of Satan, why not give them the benefit of the doubt and start with the assumption that they’re doing their best to integrate their faith and beliefs together. You may learn in time that indeed they do have a 666 on their scalp, but the point is – don’t begin with that mindset.

You need to respect the thought that the other person has given to this matter.

In verse 5 Paul writes, “One man considers one day more sacred than another; another man considers every day alike. Each one should be fully convinced in his own mind.”

So rather than personalize the conversation right off the bat – You’re an idiot! You want to destroy the country! Anyone who votes for him deserves to be drawn and quartered! – here’s a better approach. Ask the other to give the reasons for their opinion. Then listen. See if you can pinpoint their logic. Assume their rationality first. Again, in time you may learn otherwise, but begin with the idea that this person sitting next to you also bears the image of God, and has some sort of cranial activity going on in their skull.

It’s humbling to realize that once we’re in heaven, we’ll find out who was right and wrong about all of these matters. The earth will either be very old or very young. Jesus either wanted women to be pastors or he didn’t. Pre-, post- or a- …one of them will be closer to the mark. Someone’s going to get it right, and someone’s going to get it wrong.

But the fact is, we’ll all be there in heaven to learn the truth. No one will be left out because they picked the wrong side. As long as we pick Jesus, we’re good to go. There are many Bible-loving, Jesus-worshipping people on all sides of each debate, and we need to learn to respect that fact.

On Thanksgiving we’ll all eat lots of turkey. But do you know what’s going to be served at dinner on the first day in heaven? Crow. Lots of it.

Charles Spurgeon is quoted as saying. “Christians need to be narrow in doctrine, but broad in fellowship.” Be narrow in doctrine – know what you believe and be able to Scripturally demonstrate why you believe it. But be broad in fellowship. Know how and where to draw lines. Be a good surveyor of the hills around you, and know which are the ones for playing on, and which are the ones for dying on.