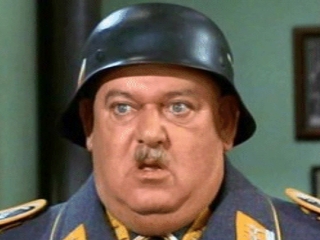 How do we handle disagreements with others? What do we do when a brouhaha (don’t you just love that word?) breaks out in church life? Or at home? How do we fight fair?

Paul in Romans 12:18 said, “As far as it depends on you, live at peace with one another.” It sounds good on paper. But in practice, this is hard work.

What really makes it hard is that Scripture teaches that there are multiple paths that we can take when someone hurts us. Paul told Timothy that as a pastor he needed to be ready to “correct, rebuke and encourage” (2 Tim.4:2). Sometimes people need a pep talk, and sometimes they need  a pop in the jaw. Here’s what’s tricky – any given approach might be the right one or the wrong one depending on what the situation requires.

One response the Bible teaches is called forbearance. The New Testament says in several places we’re to forbear each other. Ephesians 4:2 says, “With all humility and gentleness, with patience…[bear] with one another in love.” Colossians 3:12-13 – “Put on then, as God’s chosen ones, holy and beloved, compassionate hearts, kindness, humility, meekness, and patience, bearing with one another….”

To bear with another person who has sinned against you means that you let it go. You give it over to Jesus, and choose not to make a big deal about it. It’s giving the other person a mulligan. You could throw the penalty flag if you wanted, but you pick up the flag and put it back in your pocket instead.

Why might forbearance be the proper response at times when someone sins against you?

For one thing: Because we’re all really good at sinning. I mean really good. The sheer quantity of stupid, selfish things that we unleash on the world because of our sin nature is immense beyond measure. Because we’re so good at sinning, do you really want to go through life taking note of each and every slight, hurt and offense?

Psalm 130:3 says, “If you, O Lord should count sins, who could stand?” If every wrong thing that we do to each other needs to be put on the table for examination, and accounted for, apologized for, made right, well, forget about it. I don’t think that’s a game we want to be playing. Because we’ll all lose.

Better to imitate Sergeant Schultz if you remember your “Hogan’s Heroes”. Sergeant Schultz would see Hogan and his fellow prisoners goofing off, and he would say with his thick German accent: “I see nothing!” Why not practice that later today when someone messes up.

Paul in his famous love poem, 1 Corinthians 13, shows that he agrees with Sergeant Schultz when he writes, “Love does not keep a record of wrongs.” Better to learn a little forbearance.