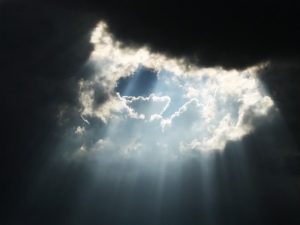 It will be the greatest event in human history. There will be nothing like it that you or I will have ever experienced. When it happens, life as we know it and experience it will be forever altered.

On the day it happens, the New York Times will have printed its last paper. The last bullet of the last war will be fired. The last crime will be committed. The last baby will be born. The last wedding will be performed. The last death will be mourned. Your favorite TV show will not air the following week. That test you were cramming for won’t be taken. The vacation you were planning won’t occur. Everything will change the moment it happens – the moment that Jesus Christ returns to the earth.

It’s a doctrine of Christianity that is so easily misunderstood, often abused, but absolutely certain. Jesus said he would be with us “till the end of the age” (Matt.28:20) – and so this part of time we call “human history” will wrap up like a 3-act play. Then Jesus promised multiple times that he would return, and when the author of the play comes on stage, it’s over. At least this part of things.

What will Christ’s return look like? Scripture tells us that it will be visible. Everybody’s going to know about it because they’ll see it with their own eyes. There’ll be no denying it. Jesus came the first time born as a baby to a peasant family, laid in a manger. Very few knew about it – a handful of shepherds, a few wisemen, one wicked king. God parachuted in undercover that first Christmas night. Not so with his second coming. There’ll be no guessing what’s going on.

Secondly, Christ’s return will be physical. When Jesus walked the earth the first time, nothing stood out about him. “He had no beauty or majesty to attract us to him,” wrote Isaiah the prophet of Christ. But not the second time. The second time comes the unveiling of Jesus as he really is – God in human flesh, King of kings and Lord of lords. John the apostle takes great pains in Revelation 1 to describe as best he can what the risen Christ looks like now. “His head and hair were white like wool, as white as snow, and his eyes were like blazing fire. His feet were like bronze glowing in a furnace, and his voice was like the sound of rush waters…When I saw him, I fell at his feet as though dead.”

How should we respond to this thought? Several ways. Let’s be honest. Thinking about the “end of the age” is unsettling. Even for believers. When I first began to study this doctrine back in college, I was ready to take on the world. I was filled with thoughts of marriage and a career and chasing down dreams. As much as I wanted to see my Lord, my prayer was hardly, “Come, Lord Jesus” but “Hold on, Jesus.” When life is busy, and going well, unfolding as we hope, who wants that to end?

But the idea of Christ’s return is also encouraging. Paul called it the “blessed hope of the Church”. Let’s face it – life doesn’t fulfill our every wish. In fact, on this side of heaven it is filled with disappointment and pain. If we put all our eggs in the basket of this life, we’re setting ourselves up for despair. Put yourself in the shoes of a Syrian Christian refugee who has lost everything they had. Think back to first martyr Stephen, then fast-forward all the way to today where a new generation of Stephens are giving their lives for the Lord they love.

Suddenly the thought of seeing Jesus doesn’t seem so bad. I think the Lord intends for us to keep both of these feelings nearby to our hearts. In times when we get lost in our own plans and our own comfort, thinking these are the be-alls and end-alls of life, it’s good to be unsettled, and reminded that we are part of something much greater than we can see.

But then let’s never forget the encouragement that is found in Jesus either. The CEO of a major corporation came to his office late one night and came across a janitor on his coffee break reading his Bible. “What are you reading?” the CEO asked as he walked by. “The book of Revelation,” the janitor answered, and the CEO scoffed. “Nobody understands that crazy book. Tell me what it means.” The janitor looked up and smiled. “That’s easy,” he said. “It means Jesus is going to win.”