Community: It Adds Value To Your Work 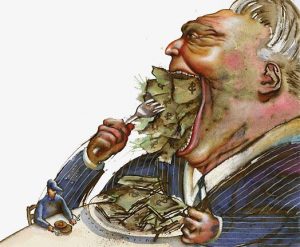 Why else is community important? Ecclesiastes 4:8-12 adds this thought: Community brings fulfillment to our work.

Verse 8 describes a person all alone. It says of him: “There was no end to his toil, yet his eyes were not content with his wealth. ‘For whom am I toiling,’ he asked, ‘and why am I depriving myself of enjoyment?’ This too is meaningless – a miserable business!”

Maybe you’ve heard the saying: Some people are so busy making a living that they forget to make a life. We act as though money is the be-all and end-all of life. I was living in Boston back in the late 80s when Chuck Stewart murdered his pregnant wife Carol, then blamed the attack on a black assailant. When the truth began to surface that Stuart had murdered his wife for insurance money, Stuart jumped off the Tobin Bridge and killed himself.

How pathetic, how perverse, how demonic to see relationships with the people you are supposed to love as secondary to the acquisition of material things. Proverbs 15:17 says, “Better a meal of vegetables where there is love than a fattened calf with hatred.” You can have all the money in the world but without having people around you with whom you can give and receive love, it’s worthless.

I’ll never forget when the great baseball player Albert Pujols signed his first big contract with the Cardinals – seven years for a whopping (at the time) $100 million. He said in response, “This is borrowed money.” As a Christian, Pujols knew the concept of stewardship, that money was not the end goal of his work. People mattered more. And money wasn’t given him just to serve himself, but was to be used as a resource to help others. (I hope he’s retained that attitude after signing with the Angels later on for ten years and – cough – $240 million.)

The famous 18th century British evangelist John Wesley said, “If your income increases, it’s not just your standard of living that should increase, but your standard of giving.” Most of us assume that as the paycheck increases, it all gets funneled into the Me-Account. For the bigger house, the nicer car, the snappier clothes. Though there’s nothing wrong with upward mobility, there is no end to that game, unless you put a cap on it.

What Wesley did instead was settle in advance how much would be sufficient for him. I’d be happy with this size house. This model of vehicle. This many shirts, shoes and socks. The rest he gave away. For him, the value of his work was determined by how much he could invest in God’s kingdom work in others, and not in John Wesley, Inc.

For what, and for whom, are you working today? Are you making a life, or just making a living? Step back from your life today and take a fresh look at your priorities. Then ask God to help you make some course-corrections if they are needed.