Community: It Wards Off Loneliness 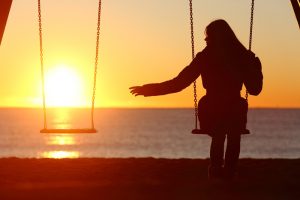 “I am a rock, I am an island,” sang Simon & Garfunkel in a famous song from the 70s. Great song, but miserable philosophy. Ecclesiastes 4:8-12 is a marvelous essay which tells us why we need community if we are to thrive.

The first thing it tells us is that community wards off loneliness. Verse 8 – “There was a man all alone; he had neither son nor brother.”

At the very beginning of human history, the Bible tells us that God allowed the man Adam to walk alone for a short while. He wasn’t entirely alone. He had a garden to tend to and animals to care for, but deep inside Adam’s heart was still an unmistakable ache for someone like himself.  And God declares right there in Genesis 2:18 – “It is not good for man to be alone.”

God himself exists in community – as a Triune being, Father, Son and Spirit. Since we are created “in his image” then the same impulse will be in us.

Even those we would look on as perfect loners need community. Eric Rudolph needed community. For five years the man responsible for a number of bombings (including the bombing at the 1996 Olympics) was on the lamb, hiding from authorities in the wilderness of North Carolina as a fugitive of the law. Many assumed that he was literally living off the land, eating and dressing himself with whatever he could pick, catch or make. Myths began to spring up about him. He was looked on by some as a sort of hero, a Daniel Boone lookalike, envied by some caught in the 9-5 rat-race.

But where did they catch him in the end? Foraging through a dumpster in a Walmart parking lot. In his loneliness, he needed community.

Loneliness is one of most awful of all human emotions. Have you ever felt real loneliness? Not solitude, mind you. Don’t confuse the two. I enjoy solitude, and we all need it. Dietrich Bonhoeffer said, “Let him who cannot be alone beware of community. Let him who is not in community beware of being alone.”

Solitude is life-giving. Loneliness cripples the spirit. Early in my marriage, we moved partway across country, and my wife went away once for a month to be with family. It was fine for a few days, but it didn’t take long for an odd weirdness to overspread my heart. She came back and found that I had bought furniture and signed up for book clubs and was trying out ornate beard styles.

I encourage you to reach out to someone who is lonely today. If you need help, a study by the American Council of Life Insurance reported that the most lonely group in America are college students. Followed by the divorced, welfare recipients, single moms, and the elderly.

Sorry, Simon & Garfunkel – that song (which you sang together, incidentally) – is dead wrong.