Community: Why I Need It 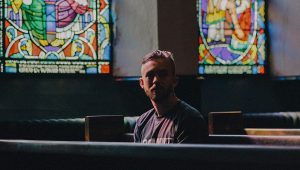 The following is repeated in every sanctuary Sunday after Sunday.

Sitting toward the back is Kenneth, 39, whose job had just been eliminated through one of those downsizing moves. Misty sits toward the front. She’s 42 and her husband died in an auto accident thirteen months ago. She’s back to teaching Sunday School class now, and very few ask how she’s doing anymore. The assumption seems to be that she’s gotten over it and is moving on with her life.  Then why does she cry herself to sleep each night? Fred is 73, a widower, he lives alone. He buried his daughter before the summer. The doctors told him a month ago that he’s losing his eyesight, and there’s nothing they can do about it. Esther is in her mid-50s and has just finished her first bout of chemo. She walks through each day as in a fog, scarcely believing that she – a hospice nurse – is now the one wearing the wig. Ted and Tricia come to the first service, because their mentally retarded child Tommy is less active early in the morning, but all that seems to be changing since he turned thirteen, and the strain of caring for Tommy is becoming increasingly unbearable. They choose to miss church more often now, because what’s the use? – he usually has his first outburst before they’re even finished with the opening worship. Scott is single and he’s decided that this is his last Sunday, that is unless someone comes and greets him during coffee hour. For each of the three Sundays he has visited, he has sat alone during that time drinking coffee and only gotten one “Hi, how are ya?” from one person who whisked by and then was gone.

Pew after pew, person after person, comes to church Sunday after Sunday and each one has a story to tell of needs and burdens and challenges that threaten to overrun them.

According to the great second century Christian writer Tertullian, unbelievers would look at Christianity as practiced by the early church, and breathlessly exclaim, “See how they love each other!” I wonder if the same could be said of us today.

The church was built by our Savior to provide many things – but among them is koinonia, a Greek word we typically translate as “fellowship” or “community”. But koinonia is much more than Christians sharing the same space. When we talk about “community”, koinonia points to a sharing of lives and hearts and resources. It’s something we humans desperately need. It’s something that you need. You were not made to walk through life alone.