The Cycle Of Sin: Deception 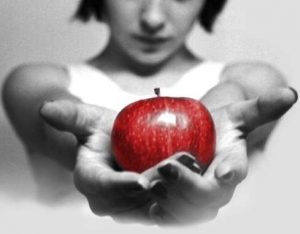 King David walked out on his roof one starry night – to pray, to play his lyre, to binge-watch some TV, no one knows. But across the way, he saw a woman bathing. She was beautiful, and at once David felt the machinery of his masculinity swing into motion.

The cycle of sin which James 1:13-15 describes begins with desire. “Each person is tempted when he is lured and enticed by his own desire.” Yet notice – desire is not sin.

David’s sexual desire is a God-given and good gift God has given to the human race. What David felt the first instant he looked at Bathsheba was the firing of attraction and longings which were normal parts of his humanity. What makes sin sin is fulfilling those good desires in ways which God prohibits.

Because God loves us, he puts boundaries around our desires and behaviors, not to stifle our happiness, but to insure it. Notice then where temptation meets us – at the point where our desires meet up with God’s boundaries. It’s at that point of intersection that we feel the sting of temptation.

And if we let temptation linger and gnaw on us rather than chase it away at step one, then we proceed to step two in the cycle of sin – deception and doubt. The more we loiter at temptation’s doorstep, the more our mind begins to question God’s boundaries. Satan comes to Adam and Eve in the Garden and says, “Did God really say, ‘You must not eat from any tree in the garden’?”

Eve starts to talk to him. Big mistake! The devil can out-talk you, out-argue you, out-smart you, out-persuade you every time. He’s had a lot more practice than you. He can line up all sorts of reasons why God’s boundaries are so unfair, and why this sin you crave is not so bad after all. In fact, some good will come from this!

When Eve tells Satan that she would die if she eats of this particular fruit, Satan says, “No you won’t. Your eyes will be opened and you will become like God, knowing good and evil.”

David knew what God’s boundaries were when he saw Bathsheba. But the very next verse of the story in 2 Samuel 11 says, “David sent someone to find out about her.” This is David telling the devil, “Hey, grab yourself a cup of coffee, pull up a chair, let’s talk about this.”

What’s interesting is David’s messenger comes back and says to David, “This is Bathsheba, the daughter of Eliam, and the wife of Uriah the Hittite.” David is given one more chance to come to his senses.  She’s the wife of another man, David, God speaks to him. The boundaries, David! Hello!

God always comes to us in that moment when the deception occurs. That much he promises us. 1 Corinthians 10:13 says, “God is faithful; he will not let you be tempted beyond what you can bear. But when you are tempted, he will also provide a way out so that you can stand up under it.” In the darkest moment of temptation when the deception seems greatest, and your doubt is churning, God is there.

Well, why doesn’t he just take the temptation away then? He already tried to do that. Step one – remember? That was the easy way out. But no, you wanted the hard way. God’s going to help you still, but now you’re going to have to sweat a little bit. God wants to strengthen your heart which has been weakened by misplaced desire. He wants you to learn how to say no. So he opens a door of escape for you. The next move is yours.