The Cycle Of Sin – Desire 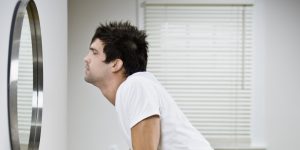 That human beings are morally flawed should be one of the more obvious truths about us. The most popular TV shows of the early 21st-century – from Walking Dead to Breaking Bad to This Is Us love to explore the twisted depths of the human heart.

James 1:13-15 provides helpful insight. “When tempted, no one should say, ‘God is tempting me.’ For God cannot be tempted by evil, nor does he tempt anyone; but each one is tempted when, by his own evil desire, he is dragged away and enticed.  Then, after desire has conceived, it gives birth to sin; and sin, when it is full-grown, gives birth to death.”

This passage describes what we might call the “cycle of sin”. If we were to plot it out on a flow chart, it might read Desire – Deception – Disobedience – Death. If we understand the cycle of sin, we’ll discover some clues for how to combat evil. Notice where our moral failures begin – with an evil that resides inside of us.

“Each one is tempted when by his own evil desire…”.

It is commonly believed that humans are essentially good, and that the reason we break bad is because of external problems that must be fixed. If everyone has access to good jobs, education, healthcare, freedom, then our natural goodness will flower and society will improve.

Look, one of the God-given glories of being human is to be good stewards of our world, and strive to leave things better than we found them. Fix the outside, please. Education, yes. A solid economy, bring it. Fight injustice, everywhere you find it. Promote strong families. Care for the environment. But let’s not pretend that this alone is our golden ticket to Valhalla.

After World War II, Great Britain organized a massive rebuilding project that provided affordable government housing to its urban population. While living in London in the late 80s, I saw with my own eyes how many of these planned communities had turned into nightmarish concrete jungles of despair and crime in less than a generation.

Remove the heel of tyrants’ oppression from off of the necks of the Iraqi, the Egyptian, the Libyan…and it was believed an “Arab spring” would ensue. Instead, the Middle East has become a seedbed of terrorism and chaos.

Jesus knew full well “what was in a man” (John 2:24). When Jesus was having a discussion with the Pharisees about what it was that made people unclean, the Pharisees insisted that it was the outside contaminants which defiled us (which was why they stayed away from sinful, broken people, rather than minister to them.)

Modern day Pharisees on Right and Left today point to all sorts of exterior things that need to be fixed, silenced or removed from office if our world is ever to improve. It’s Hollywood, it’s the Liberal press, it’s those hateful Christians, it’s global warming…

No, Jesus says, the problem doesn’t start out there. The problem begins in here. And he puts his finger straight on your chest and mine.

Mark 7:20 – “What comes out of a man is what makes him ‘unclean.’  For from within, out of men’s hearts, come evil thoughts, sexual immorality, theft, murder, adultery, greed, malice, deceit, lewdness, envy, slander, arrogance and folly.  All these evils come from inside and make a man unclean.”

When your car misfires, go ahead and wash it and wax it if you want, but until you raise the hood and poke around with what’s inside, you won’t fix the problem.

If something is misfiring in your life right now, you can blame your spouse, your boss, Trump, or a thousand other things if you want. Here’s a thought. Find a mirror somewhere close, and take a good, long look at what’s staring back.

Let’s start fixing what we see there first.