The Cycle Of Sin – Disobedience 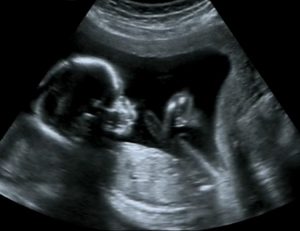 “Each one is tempted when, by his own evil desire, he is dragged away and enticed. Then, after desire has conceived, it gives birth to sin; and sin, when it is full-grown, gives birth to death.” (James 1:13-15)

James describes here what we might call the “cycle of sin”. It describes how evil grows in a person’s heart, leading them from bad to worse.

King David in his sordid affair with Bathsheba illustrates the cycle of sin. Sin begins with desires that churn inside our heart. The desire itself may be harmless at first. David unexpectedly caught a glimpse of Bathsheba bathing, and it stirred his God-given sexual desires. Living in this sex-saturated world, this happens to us all the time.

Temptation is best managed in the desire stage, because it’s still just a bud of a thought, which with a little discipline and self-control, is easy to nip. At least “easy” compared to what comes next.

The second stage of the cycle of sin is “deception and doubt”, where rather than putting that desire to death, we chum with it. We pour it a cup of coffee and invite it to sit down with us. “Let’s talk,” we say. Which desire loves to do. It will begin to speak of all the reasons why we should fulfill its wishes. And why the boundaries God has set around it are so excessive and unnecessary.

Temptation is harder here to fight because now we must summon reasons in our heart why obedience is best. David asks some of his men who the woman is. One speaks up. “David, she’s the wife of Uriah the Hittite,” one replies. That was David’s escape hatch. With those words, David should have realized his vulnerability and cried out to God for help. It would have been a good time to write a psalm. Or put out a 911 to Nathan the prophet.

But the very next words in the story are heart-sickening.  Verse 4 – “Then David sent messengers to get her.  She came to him, and he slept with her.”

Step three in the cycle of sin is disobedience. “Then, after desire has conceived, it gives birth to sin,” James say. What this passage teaches is that our sinning is not a spontaneous, uncontrollable thing that sideswipes us out of nowhere. It’s the product of a long process of gestation. It begins with the fertilization of a good desire with a corrupting temptation, it moves to the womb of our mind where we doubt the boundaries of God or of our conscience. We can feel the baby start to kick inside of us. And then sin is born – a bleeding, kicking, screaming act of defiance and rebellion against God.

It may seem that person who “suddenly” has an affair, or “goes postal” at work, or steals from the company coffers does it out of nowhere. “I never thought they were that sort of person,” the neighbors will tell the reporters. But it’s not out of nowhere. Unseen to anyone, deep in their heart and mind, a battle of thought and desire was going on inside of them.

A person who fails to feed their mind with spiritual truth and shore up their character with biblical values and godly friends, who neglects the strengthening of their will with smaller, scarcely detectable acts of integrity is being set up for a slaughter. Long before a bridge “unexpectedly” collapses, soil shifts, moorings erode, and braces weaken, preparing it for disaster.