The Cycle Of Sin – Death 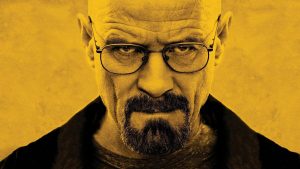 The hit show “Breaking Bad” follows the descent into depravity of Walter White who evolves from a mild-mannered chemistry teacher into a ruthless drug lord. His motive sounds noble at first glance. Learning that he has advanced cancer, he wants to provide for his family’s financial future after his death.

But we quickly see that there are other desires at work in his heart. A desire for control. And vengeance. And for others to pat him on the back and stroke his ego. As initial guilt wears off for the crimes he’s committing, he gets good at doing bad, and each and every step downwards he takes is made with a bodyguard of lies and self-deception.

The show ends with the death of Walter White, whose heart is now black as night. But one thing is obvious for the viewers who take the journey with him – long before his body died, death was wreaking havoc all around him. The first to go was his conscience. Then death destroyed his marriage. It brought ruin to his extended family. It murdered countless souls lost in addiction to the drugs he manufactured. It sickened everything and everyone he came in contact with.

According to James, death is the final stage in the cycle of sin. “Then after desire has conceived, it gives birth to sin; and sin, when it is full-grown, gives birth to death” (James 1:15). The Bible tells us bluntly that the “wages of sin is death” (Rom.3:23), but we mustn’t be so wooden in our interpretation to see death as what happens at the end of the line. Rather it is a relentless and ruthless companion all along life’s road.

Repentance is coming to Jesus and falling before him with sorrow in your heart for how you have broken his heart. But it’s also rising to your feet with a new determination to grab hold of Jesus, and allow him to teach and empower you to stop your sinning.

God warned Adam and Eve that “the day” they touched of sin, they would die (Gen.2:17), yet Adam and Eve lived for centuries afterwards. Yet God was right – for the very day they sinned, we see Adam and Eve begin to tear each other apart with blame and accusation. Death passes along to their first children, Cain and Abel, in the form of jealousy, bitterness and murder.

Death is the full-flower of sin on display. Which is why it is vital that we recognize sin’s cancer at work in us, and resist it at every turn. For if we don’t, then like a cancer cell, it will grow and metastasize. Every bit of sin we leave unattended inside our hearts – pride, lust, fear, envy, resentment – will advance in size and strength. And death will show itself in short order. “To enter a sinning state is to enter a declining state,” warned a wise Puritan writer.

Thankfully, there is a remedy for sin’s malignancy. It flowed out from the Cross of Calvary on which Jesus Christ shed his blood and died. He did this “to save us from our sins”, the Bible promises. His death puts to death our death, if you can see through the redundancy. His death allows us to be forgiven, and through that forgiveness, we now live.

The “breaking bad” that sin unleashes in us is interrupted in the heart of a Christian. Jesus becomes a warrior in our hearts to help us resist the spread of sin inside of us. And though we will still die physically at the end of our days, that death will not permanently claim us. “You will be with me in paradise,” Jesus promises.

How you experience this for yourself begins with something the Bible calls repentance. Which is more than just saying sorry. Repentance is coming to Jesus and falling before him with sorrow in your heart for how you have broken his heart. But it’s also rising to your feet with a new determination to grab hold of Jesus, and allow him to teach and empower you to stop your sinning. Death’s march through your heart is arrested at that point. Life flows in, as he who is the Lord of Life takes up residency within you.