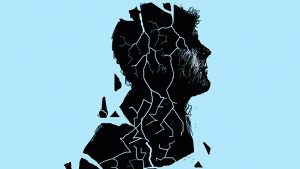 “O Lord, the God who saves me, day and night I cry out before you. May my prayer come before you; turn your ear to my cry. For my soul is full of trouble and my life draws near the grave. I am counted among those who go down to the pit. I am like a man without strength…You have put me in the lowest pit, in the darkest depths…You have taken from me my closest friends and have made me repulsive to them. I am confined and cannot escape; my eyes are dim with grief.” ~ verses from Psalm 88

Have you ever felt like the writer of this psalm? Can you track with what he is feeling? Abandonment. Sorrow. Hopelessness. God-forsaken. In a word: depression.

One of the beautiful things about the psalms is they speak to the entire spectrum of human emotion. The psalms don’t just put on a happy face, they tell it like it is – which is good news if you find yourself in the throes of great melancholy. And let’s be honest – each one of us will find ourselves in that dark place throughout our lives.

Even the great ones. We can point to numerous people in the Bible who experienced depression. Job. Jonah. Mighty David. And 1 Kings 19 tells the story of when Elijah fell into a pit of despair where he just wanted to give up and die.

Outside of Moses, no person in the Old Testament casts as large a shadow as does Elijah. He was the greatest of the prophets, arriving on the scene in one of Israel’s darkest hours. It was a time when Israel was backslidden, addicted to the worship of pagan gods, especially the god Baal.

They were ruled by a wicked king whose name was Ahab, whose wife was worse yet. His wife, Jezebel, made the Wicked Witch of the West look like Cinderella by comparison. Jezebel declared open season on the Hebrew religion, openly persecuting and killing God’s true priests and the prophets.

It came to the point where God had had enough. And the attack dog which God sicked on Ahab and Jezebel was Elijah, a one-man wrecking ball – a bald, aging prayer warrior who just walked out of the woods one day.

The showdown is described in 1 Kings 18. It’s a dramatic story where Elijah summons Israel, and all the false prophets and false priests of Baal, to the top of a mountain called Carmel to settle once and for all the question of who was the God of Israel. And when the dust all settles, God reveals himself through fire, leaving 450 priests of Baal dead at Elijah’s feet.

It would seem that after this dramatic story in chapter 18, that at the beginning of chapter 19, this would be Elijah’s great moment. That all he needs to do is mop up by sweeping Ahab and Jezebel out of power. Instead, Elijah finds himself freefalling without a parachute from this mountaintop experience into the deepest pit of depression imaginable.

This week we’ll explore what depression is, using Elijah as a template. You may want to have a read of chapter 19 before we unpack the ideas in the story.

And if this is you, have hope my friend. God wouldn’t place stories like this in the Bible if he didn’t want to bring light into your darkness, and hope into your despair. Depression will not have the last laugh over you.