“We preach Christ crucified: a stumbling block to Jews and foolishness to Gentiles” ~ 1 Corinthians 1:23

Ask a Sunday School child why Jesus died on the Cross that first Good Friday, and he or she would likely say, “To save us from our sins.” And they would be correct.

But what does that exactly mean? How you ever pondered to the fullest “how wide and long and high and deep is the love of Christ” (Eph.3:18). When you catch even a glimpse of what Christ has won for you and done for you on the cross, you’ll understand why they call the day he died Good Friday. Scripture identifies at least seven terrible destinies that Jesus’ death has freed us from. 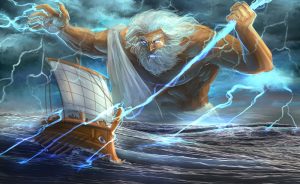 First, we have been freed from God’s wrath. To many people, the idea of God’s wrath seems antiquated, even slightly humorous. We make jokes about lightning bolts striking us dead from heaven. Especially people who are conditioned to think of gentle Jesus, meek and milk, have a hard time with the concept of God being angry with sin, and acting out in judgment against it. “God is love”, people may say in protest against the idea of God’s wrath.

People who speak in this way have a distorted view of what the love of God is. It’s precisely because God is a God of love, that he expresses wrath against sin. If God winked at sin and looked the other way, you would have reason to question his love.

When you catch even a glimpse of what Christ has won for you and done for you on the cross, you’ll understand why they call the day he died Good Friday.

When I was in the sixth grade, I had a teacher who never enforced discipline, and it didn’t take many days before the atmosphere in that classroom became a miniaturized recreation of Iraq under Saddam Hussein. There was a group of two or three bullies in this class who could have brought in iron maidens from shop class, stuffed us inside, and the teacher would have done nothing.

One day when our teacher was not in the room, I was pushed into a corner by these bullies. Knowing I was a Christian, they began punching me, trying to force me to use profanity. “Come on Clifton, we wanna hear you curse!”

Suddenly, in walked the principal. And his wrath broke out in that classroom. By the time the dust settled, the truth of what had been happening came out. Order was restored, justice was served. The moral balance was put right. Make no mistake about it friends, because God is a God of love, he is also a God of wrath.

The Bible tells us in Romans 1:18, “The wrath of God is being revealed from heaven against all the godlessness and wickedness of men.” This doesn’t mean God only shows his wrath against the sin of really bad people. All sin will face the wrath of God.

That should give you pause, even if you are a believer. Any lie, any deceit, any lust, any pride, any hatred, any greed, any evil that is found in you makes you liable to face God’s wrath. 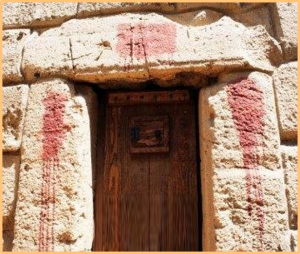 How do we deal then with the sin that is in us?  Do you remember the story of the first Passover, how God set the Hebrew slaves free from Egypt? God poured his wrath out on Egypt, by slaying every firstborn child in the land.

But that judgment included the firstborn of Israel as well. Any firstborn Hebrew who ran out in the streets that night and said to himself, “I’m better than those Egyptians, God won’t judge me,” would have died. One thing, and one thing only saved the firstborn of Israel that night from God’s wrath – those who took shelter in houses that had been marked with the blood of the Passover lamb.

The judgment passed over them (get it?) and they were saved.

When Jesus Christ died on that cross, he took upon himself the wrath which our sins deserved. He took the bullet of judgment for us. He became God’s lightning rod, absorbing heaven’s judgment into himself and away from you and me.

Because of this, the Bible tells us – and what a beautiful promise this is – “For God did not appoint us to suffer wrath but to receive salvation through our Lord Jesus Christ. He died for us…” (1 Thess.5:9)

Let your journey to the Cross this holy week begin here: Jesus has freed you from facing the wrath of God. That should be worthy of a little worship if you ask me.