The Cross: Freed From The Guilt And Condemnation Of My Sin 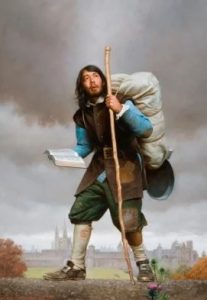 A few Easters ago, I went on a treasure hunt in Scripture to try and uncover all the good things that Jesus gave to me through his death on the cross. I ended up with a list of six wonders. Jesus’ death opens the door for me to receive…

Propitiation/Expiation – I am freed from facing God’s wrath.

Redemption – I am freed from the power of sin, death and the devil.

Adoption/Reconciliation – I am freed from my separation from God

Sanctification – I am freed from my inability to obey God

Glorification – I am freed from death

The second evil we have been freed from is: the guilt and condemnation of my sin.

Sin and shame have been together since the Garden of Eden. Before Adam and Eve sinned, the book of Genesis says that they were “both naked and they felt no shame.”  Because of their purity and innocence, Adam and Eve had nothing to hide.

Yet once they sinned, all that changed. The very first reaction they had to the act of disobedience was shame, which prompted them to sew fig leaves over themselves. The cover-up was on. And humans have been trying to coverup their sin and shame ever since.

I heard a clinical psychologist once say that half the people who came to him were looking for absolution more than a pill; they just didn’t realize it. Our fig leaves today are prescriptions and alcohol and bingeable TV – anything to keep us from facing the reality of our sin and brokenness, and our desperate hunger to find forgiveness.

Hemingway tells the story of a father estranged from his son Paco. Desperate to be reconciled, the father placed posters throughout the town – Paco meet me in the city square tomorrow at noon. All is forgiven. The next day when he went to the city square, he found more than a dozen young men named Paco waiting.

Whether you’re willing to admit it or not, you and I need forgiveness. In the classic Christian book “Pilgrim’s Progress”, John Bunyan describes the main character before his conversion as a wanderer, struggling beneath a crippling, heavy pack which presses down upon his back, forcing him to stoop and limp along. What a haunting picture of the weight of sin and shame upon us.

Whether you’re willing to admit it or not, you and I need forgiveness.

The good news of Christianity, and one of the reasons why we call the day Jesus died Good Friday, is that Jesus’ death on the cross makes it possible for us to receive a gift unlike any other – justification. The Bible says that we “all have sinned and fall short of the glory of God” (which if we would just be honest with ourselves, we know is true.) But then listen to what comes in the very next sentence. “…and are justified by his grace as a gift, through the redemption that is in Christ Jesus.” (Rom.3:23-24).

Justification is a legal term. It’s used in courtrooms. An accused person who is “justified” in the eyes of the law is declared “not guilty”. The reason we can be justified in the eyes of God is not that we are “not guilty” after all. (God knows better, and so do we.) The reason we can be justified is that one who was truly “not guilty” stood in our place and took the condemnation we deserved upon himself.

For those who come to Christ and accept his gift of grace, pardon is granted. Which allows Scripture to declare: “There is therefore now no condemnation for those who are in Christ Jesus.” (Rom.8:1)

My friend, I hope you can hear the voice of God your Father crying out to you today: My child, come and meet me at the foot of the cross today. All is forgiven.