How Great Is Our God (Sing With Me…) 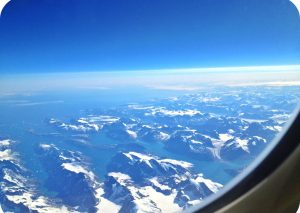 The Christian believes that the definitive truth about God was revealed to us by God himself and is contained in two places: in the pages of the Bible, and in the life, words and deeds of Jesus Christ. We call these truths God’s special revelation (as distinguished from the general revelation of God in nature.)

One vast truth that God reveals about himself is that he is great.

Psalm 145:3-6 reads: “Great is the Lord and most worthy of praise; his greatness no one can fathom. One generation will commend your works to another; they will tell of your mighty acts. They will speak of the glorious splendor of your majesty, and I will meditate on your wonderful works, and I will proclaim your great deeds.”

The first is omniscient, meaning God is all-knowing.

Anything that is capable of being known is already in the mind of our God. He knew all about calculus in the days when our ancestors were still counting on their hands and feet. He knew all about rocket science when our ancestors were carving out the first wheel. All knowledge of our universe is firmly in his possession, because he is the Creator.

Furthermore, he knows the future as clearly as he knows the past. He is the Alpha and the Omega, the beginning and the end. “Before a word is on my tongue, you know it completely O Lord,” Psalm 139 declares. The Christian is confident about the future, because God is already there waiting for him or her. “Behold, he who watches over you will not slumber,” says Psalm 121. It’s a good truth to reflect on living in troubled times of uncertainty.

A second word Christians use to describe his greatness is his omnipotence, meaning he is all-powerful.

How can we peer at Niagara Falls, or turn our eyes away from a blazing sunset, or gape at the power of a great white shark and not know that God is all-powerful is beyond me.  We might have reason to question how God chooses to exercise his power, but that’s another question we can take up next time. As Yoda might say: Powerful, he is.

A final word that Christians use to describe God is omnipresent – meaning God is everywhere at once.

There is no place you can go where his Spirit has not already beat you there.

The Christian is confident about the future, because God is already there waiting for him or her.

I never realized this quite so acutely as when I made my first flight across the ocean, back in 1987. There I was 32,000 feet above the Greenland Mountains, picking at a grizzled piece of leather that had been advertised on the plane’s menu as a “choice filet of steak”, sticking my fork into “lorette potatoes” which if I were a betting man were nothing but tator tots, and that wonderful dessert – “honey dipped biscuit dressed in passion fruit and plum sauce”, which looked to me like a couple animal crackers tossed into a spoonful of apple sauce.

While I enjoyed this banquet, I happened to look out my window. 32,000 feet is a long, long way down. And as my mind started to meander and picture what it would be like to crash on those white, desolate mountains I began to despair. I felt like pushing my food away and curling up in the fetal position under my seat.

And then, like the rush of a wind, I sensed in a way that I seldom ever had, the presence of God sidle up beside me, and I heard the voice of the Holy Spirit saying in so many words: “Shh. I’m here. Don’t be afraid. I’m right here with you.”

And a verse of scripture came to mind, that the clouds are but the dust upon his feet, and I started worship God right there on Flight 297. Nobody else saw it, nobody else knew what was happening. No one else would have believed me if I told them. But right there, the omni­present and very great God and I were in sweet communion.