His Only Son – The Divinity Of Christ 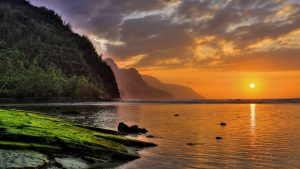 It’s not all that unusual today to hear people make use of this phrase “Son of God”. In fact, if you listen closely, you’ll discover oddly enough that it is unbelievers who make the greatest use of this phrase. You hear them say almost as a cliché, “Well, we’re all God’s children.”

People who are not close to God can sometimes act very chummy with God. “Yeah, we I get to heaven, God and I are gonna light up a couple stogies and talk about a thing or two.”

But the phrase Son of God used in reference to Christ points out as no other phrase can how different Jesus is from the rest of us, and how very far away from God each of us really is. And that if I am to become his child it will require a radical intervention on God’s part.

In the culture of Judaism 2,000 years ago, when Jesus called himself God’s Son, the people heard him claiming something radical. Jesus wasn’t just saying that he was someone God had blessed, to whom God had given special abilities or holiness. The gospel of John says that when Jesus called God his “Father” and himself God’s “Son”, the religious leaders reached for stones with which to kill him. For he was making himself equal with God. (John 5:18).

So in saying, “I believe in Jesus Christ, his only Son…” the Apostles Creed fills out the picture of Jesus that it has been painting. He is Jesus, fully human. He is Christ, the heaven-sent Messiah to save us from our greatest enemy sin. And he is God’s Son – by nature part of the family of God, that is…God in human flesh.

Why would God become human? The reason God entered into our story was because we needed him to. Left on our own, we humans would never be a part of God’s family. Because of our rebellion against him, we forfeited our created standing as God’s children. “It is not the children of the flesh who are the children of God” the Bible says (Romans 9:8).

How then do we become sons and daughters of God? We have to be adopted back into God’s family (Eph.1:5). And that occurs when we come with repentance and faith to God through the true Son of God, Jesus. He signed the paperwork for our adoption with his own blood when he laid down his life for us.