How Do We Know There’s A God? 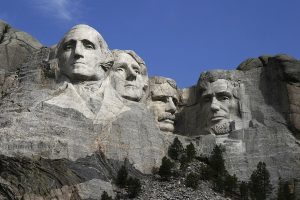 How do we know that there is a God? Can God be proven?

Well, not in a scientific sense. God is not something we can capture with the microscope or telescope or camera. When the first Russian cosmonaut landed on the moon and sarcastically reported, “Comrades, God is not here,” as if to say he had proven there was no such thing as God, in actual fact, he was saying nothing.

However this is not to say that there is no evidence at all for God, and that God just expects you to blindly believe in him. The faith the Bible asks you to exercise is what we might call reasonable faith.

“Come let us reason together,” God invites us (Isaiah 1:18). As if God were saying, “Let’s put all the evidence on the scales, and see where we end up.”  And if you do that, the scales tip decidedly in the direction of God’s existence. So much so, that Scripture says matter-of-factly that the fool says in his heart there is no God (Psalm 14:1). To not believe in God’s existence is just plain dumb.

Where’s the evidence? you ask.  It’s all around you, the Bible declares. The calling card of the Creator is the creation around us. Romans 1:20 declares, “For since the creation of the world God’s invisible qualities – his eternal power and divine nature – have been clearly seen, being understood from what has been made, so that men are without excuse.”

I’ll never forget visiting Mount Rushmore a few years ago. It’s amazing how this magnificent, massive sculpture could be carved – with dynamite no less – out of a mountain.

I hope you see the absurdity. We’ll look at a stone model of a human being and conclude: Intelligent Designer. Then we’ll look at the real thing and deny that there is intelligence behind it.

I’ve often said that it takes more faith to believe the non-theist version of existence than it does to believe what Christianity says, and this is Exhibit A.

And this is why the Bible says creation leaves all men without excuse. You just can’t argue against this. Of course there is a Creator.  How do we know there is a God?  Don’t be a fool.