A Life Of Integrity – Distinguishes Itself 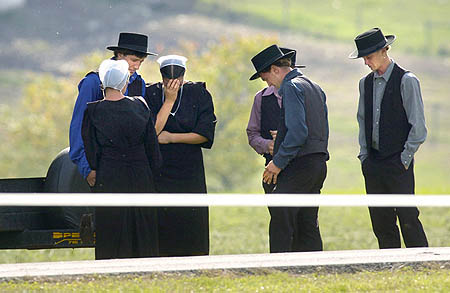 “Lord, I lift your name on high!” Samantha sang at the top of her lungs as she cruised down the highway. Suddenly, a blue sports car zipped past her as though she were standing still. Without batting an eye, she yelled out, “Hey, watch what you’re doing, you moron! Think you own the road? How’d you ever get a license!” She paused a moment, then resumed her singing. “I’m so glad you’re in my life…”

“Wasn’t that something how that CEO just up and died like that?” said Phil to a co-worker on the phone as he sat at his cubicle and pulled at a thread on his polo. “Serves him right. The way he cheated his company.” As his friend spoke, Phil’s eyes lit up. “Golfing? Tomorrow? Gee Fred, I got this project to finish.” He paused while his friend spoke again. “Yeah I know. Sunny and seventy. Tell you what. I’m feeling this bug coming on. What time are you teeing up?”

Integrity.  It’s one of those words that sounds good rolling off our tongues. But showing it in our lives can be quite often another story. In the dictionary “integrity” is defined like this: firm adherence to a moral code; incorruptibility; the quality or state of being undivided; completeness or honesty. We might also add that it’s Daniel in Daniel 6 – the story of Daniel in the lion’s den which most of us have heard since childhood. In the story, Daniel exhibits all the traits of integrity.

First, a person of integrity distinguishes himself or herself by their character. Verse 3 says, “Now Daniel so distinguished himself among the administrators and the satraps by his exceptional qualities that the king planned to set him over the whole kingdom.”

To ‘distinguish’ yourself means you stand out from others. And we should add, you stand out for your goodness. A lot of people stand out for the evil which they do. The racists in Charlottesville. The terrorists in Barcelona. In 2006, a gunman entered an Amish school house in Nickel Mines, Pennsylvania and killed five grade-school girls before turning the gun on himself.

It’s what happened next in Nickel Mines which astonished the nation, as the Amish community distinguished itself for its goodness. In the immediate aftermath of the killings, family members of the victims and the entire Amish community began to minister to the family of the shooter, and offered forgiveness for the evil he committed, even setting up a memorial fund for his children.

I had preached on forgiveness before then, but that response showed me I knew nothing about what it was.

To see such Christlike integrity demonstrated before the whole world left me speechless. And still does. This must have been what it was like to see Jesus crucified, bleeding, dying, then hearing him say from the cross, “Father forgive them, they know not what they are doing.”

But this is what people of integrity do. Like Daniel, like this Amish community, they distinguish themselves from others by the good they do imitating as best they can the Lord they love.