A Life Of Integrity: Is Incorruptible 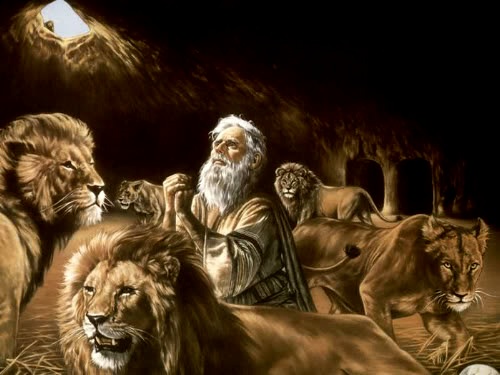 A person of integrity distinguishes themselves from others. And they pursue excellence.  Returning to the story of Daniel and the lions’ den we discover another quality of those who walk in integrity: they’re incorruptible.

The story tells us that Daniel’s enemies tried to find grounds for charges against Daniel, but they were unable to do so. Why?  Daniel 6:4 – “They could find no corruption in him.” In other words, they couldn’t get Daniel to compromise or weaken his moral stand no matter what they did to him. You can’t buy an incorruptible person off. You can’t bribe them.

A survey was done where people were asked, “What are you willing to do for $10,000,000?” Two-thirds of Americans polled agreed they would do at least one, if not several, of the following:

Two thirds of Americans, a significant majority, said they would do one of these things for the money. In other words, they could be bought. They were not incorruptible.

And in case you’re wondering, somebody who would abandon their family or sleep with a stranger for ten million dollars is not twice as good as someone who would do it for only five million dollars. The bottom line is: you can still be bought. You’re corruptible.

An incorruptible person can’t be bought, no matter what the price. They’ve drawn a line and they will not be moved.

Daniel will learn that there is a cost to being incorruptible. Through some unscrupulous political maneuvering of his enemies, a law is passed commanding everyone to pray only to the king for a 30-day period. Daniel changes nothing about his life: he faithfully seeks God in prayer each day. What changes is that one day he is law-abiding, and the next a law-breaker.

Daniel could come up with all sorts of excuses why he should just play along with the new law. It’s only for thirty days. God knows my heart. The Bible tells me to honor the emperor. But for him there’s no decision to be made. He will continue to pray only to the true God, end of story. Naturally, his enemies pounce on him.

How about you? Where do you fit? Are you part of the two-thirds that can be bought? Or part of the one third that won’t buckle? This isn’t just hypothetical.

Unscrupulous political maneuvering is going on as we speak. Laws are being proposed all around the country attempting to completely undermine traditional understandings of morality and sexuality. If these laws are passed, one morning you will wake up and find yourself a law-breaker simply for believing what every human being on planet has believed for thousands of years – that the human race is divided into male and female, and that society should be organized around this obvious, unchanging, biological reality.

God help America if the moral fiber of our people, and especially the people of faith among us, are found corruptible.