A Life Of Integrity: Pursues Excellence 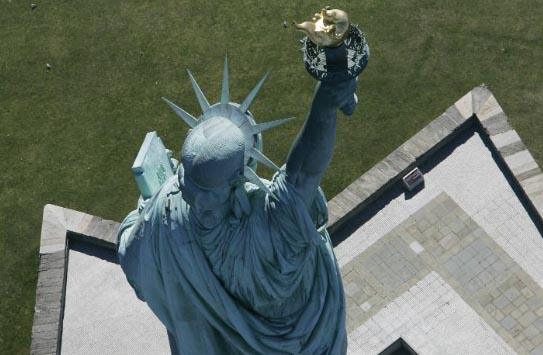 In the story of Daniel and the lions’ den, we are told in Daniel 6:3 that “Daniel so distinguished himself…by his exceptional qualities” says the NIV. An “excellent spirit was in him” says the ESV.

How do you know a person of integrity when you see them? Here’s another quality:  Daniel shows us that a person of integrity is known by their excellence. While the Babylonians were in power, Daniel’s excellence was so evident that he became one of the most important men in Babylon. Then the political deck got reshuffled. Here comes the Medes and Persians rising to power replacing the Babylonians. No matter. Once again, Daniel is moved to the front of the line, because of his excellence. Like they say, cream rises to the top.

The great composer Oscar Hammerstein, who knew one or two things about excellence himself, once saw a picture of the Statue of Liberty taken from a helicopter, and he was amazed by the detail he saw which the French sculptor had worked into the top of Lady Liberty’s head.

Hammerstein wrote about what he saw in his book Lyrics.

“The sculptor had done a painstaking job with the lady’s coiffure, and yet he must have been pretty sure that the only eyes that would ever see this detail would be the uncritical eyes of sea gulls. He could not have dreamt that any man would ever fly over this head. He was artist enough, however, to finish off this part of the statue with as much care as he had devoted to her face and her arms, and the torch and everything that people can see as they sail up the bay. . . When you are creating a work of art, or any other kind of work, finish the job off perfectly. You never know when a helicopter, or some other instrument not at the moment invented, may come along and find you out.”

Hammerstein didn’t know that half of it! Followers of Christ already know that a watchful eye is looking after them. And so Christians have the best reason possible to pursue excellence in the things that they do.  Colossians 3:23 tells us, “Whatever you do, work at it with all your heart, as working for the Lord, not for men.”

Yet even here, be careful of your motive. It’s not like God is peering at me sternly from above a nearby oak tree, with a clipboard in hand, checking things off as I mess up. I don’t give God my best out of fear that I’ll get whacked for doing wrong. I give God my best because he already has given me his best.

I live to honor my Lord, not out of compulsion, but out of gratitude for all that he done for me. I don’t pursue excellence to compel God to love me, or accept me – because he already does that in Christ. It’s because I’m immersed to overflowing with his grace that I desire to pursue excellence.

Whatever you do, work at it with all your heart. You’re not just working for Aetna or Walmart or Stanley – you’re working for Jesus. Like Daniel serving Darius, like Joseph serving Potiphar, you should be the most faithful, most reliable, most outstanding employee in your company.

From the making of my bed, to the working at my job, to the doing of my homework, to the words I use, to the loving of my family, to the serving of my church, a person of integrity is mindful to build a resume of excellence.