A Life Of Integrity: Resists Threats To It 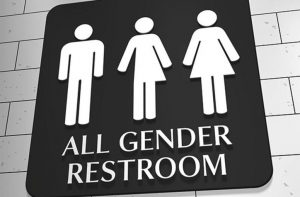 The story of Daniel in Daniel 6 not only shows us what integrity is, but it also shows us what some of the potential threats to integrity are. The first threat to Daniel’s integrity is the threat of the crowd. In the story we find out that there are 120 satraps that King Darius has appointed, 3 administrators, as well as additional prefects, advisers and governors.  Daniel is part of an enormous bureaucracy. And the whole point of tension in the story is that this sizeable group is trying to push and squeeze Daniel into its mold.

If there’s one thing a group can’t stand it’s an individual who stands apart from them. And so notice verse 6 – “So the administrators and the satraps went as a group to the king…”  If you’re going to be a person of integrity, you’d better get used to the fact right now that you’re going to raise the ire of the godless groups around you.

Beware of the power of the crowd. Young people, why is it hard to take your Bibles to school and snatch a little devotion during the middle of the day? Because of the crowd.  What will the other kids say?

You get it at the workplace. There’s always a “group” vocabulary everyone uses. If you don’t sprinkle a little profanity into your talk, you’ll stand out.  F’in this and F’in that. But it’s even more dangerous than that today as a sinister political correctness has taken over, where if you dare express your “Christian” opinion about social moral issues, you are immediately targeted for censure, or worse.

The second threat to integrity in Daniel story’s is the threat of the law. All of King Darius’ bureaucratic officers convinced Darius to pass a peculiar law that every citizen can only pray and worship the king for one month. The king is gullible, and certainly vain, and so goes along with it. And so it becomes law. Daniel is grieved that this has happened, but he’s a man of integrity, so he will not give in to this threat. He prays the same way he prays each and every day, no matter what the law says.

Abortion is one example. But because the Supreme Court decides that an action is lawful, does not change God’s mind one whit. Social laws and mores change all the time. People without integrity will just go with the flow. They don’t want their comfortable little lives to be disrupted. And so they read the latest opinion poll and make their decisions based on what everyone else thinks.

First it was homosexual marriage. Today its “transgender rights”. If that’s the law, who am I to speak out, people will say.  And in Nazi Germany, that’s how it happened, one rule, one law at a time.  A man or woman of integrity takes the moral high ground and there he or she stands, while the laws and customs sift and shift around him like the plates under the earth.

Integrity is not something you can legislate.  It’s not about what is lawful, it’s about what is right, plain and simple. Why did the Good Samaritan stop and help the robbery victim? The Pharisee walked right by, the priest walked right by – and guess what? They weren’t breaking any laws in ignoring the poor fellow. No one was going to throw them in prison for not helping.

How about with you?