A Life Of Integrity: Is Trustworthy 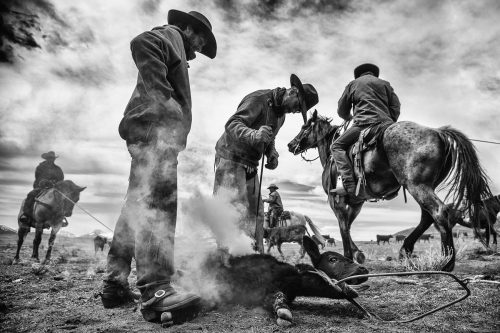 A lot of people claim to be trustworthy. But when do we find out if a person is trustworthy or not? When you leave them alone. If you are trustworthy, then that means that you can be counted on when you’re not being watched. If Mom or Dad always has to hover over you to see that you’ll do your chores, you’re not trustworthy yet. If the boss is always watching you out of the corner of his eyes, you’re not trustworthy yet. You know you’re making progress when the boss throws you the keys and say, ‘Hey, would you lock up for me. I’m not feeling well.” D.L. Moody said, “Integrity is what a person is in the dark.”

During his time as a rancher, Theodore Roosevelt and one of his hired men lassoed a steer that wandered into his fields from a neighbor’s range, whose name was Lang. They lit a fire, and prepared the branding irons to identify the steer. As his cowboy was preparing to apply the brand Roosevelt noticed something wrong. It was Roosevelt’s brand the cowboy was using.

Roosevelt said, “Wait, it should be Lang’s brand.”

“But you’re putting on my brand,” Roosevelt said.

“Drop that iron,” Roosevelt demanded, “and get back to the ranch and get off my property.”

The cattlehand looked stunned.  Then Roosevelt said, “I don’t need you anymore. A man who will steal for me will steal from me.”

Does this describe your heart today? Are you faithful…

If not, then you and your Savior have some soul-searching to do. And some soul-repairing. I’d get down to it if I were you.