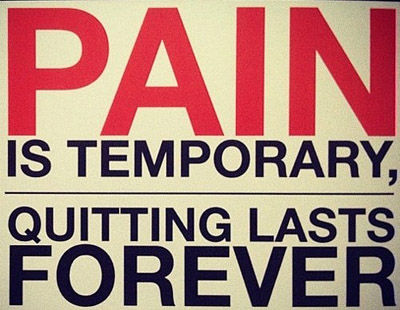 David is called a “person after God’s own heart” because he showed some uncommon spiritual qualities we should seek to imitate. Here’s a third quality:

David refused to quit after failure or difficulty.

Scarred by battle, David knew that life was difficult and dangerous. But David had a warrior’s heart, and so he knew how to persevere no matter how difficult things became. Defeating Goliath was easy, compared to driving out the Philistines from the land. It took years of running from King Saul, then living in the desert as a fugitive, and enduring countless hardships until he took the throne. Though a righteous man falls seven times, the Bible declares, he or she rises again. (Prov.24:16).

But how many weak and wimpy Christians pack up their tent and bug out after a little sign of trouble? Something doesn’t go your way, someone crosses hairs with you, you get your toes steps on, experience a loss or a disappointment, and you throw a tantrum that puts any preschooler to shame.

You then stop reading the Bible, stop praying, stop going to church, you quit – and guess what? you take a bad situation and make it a thousand times worse. Because now you’ve disconnected from Jesus, which removes you from under his umbrella of protection.

I’m so glad that in the darkest hours and days of my life – whether it was being chained up by lust or wracked with grief or overwhelmed by anger – I never, ever stopped reading my Bible, talking to my Lord, going to church, or worshiping him. Somehow by his grace I clung to a God I could not feel, see or hear. If your instinct is to give up after failure, it’s time to grow up as a man or woman of faith.

As I look at the battles I have won by the grace of God, one thing that stands out is that gaining the upper hand in them in most cases took years of determined discipleship. And in no area where I now have the upperhand can I say that the fighting is over, or that my victory is complete and I can now take it easy.

The battle for my marriage took two years of counseling to get Janis and I to a place where there were more good days than bad, and then several years of more soulwork. When we were at the place of deepest despair, we couldn’t sit down in a restaurant together and get through one meal without fighting.  Now we can go weeks without any kind of conflict, and we never have the kind of blowouts like we used to have.

In my battle for sexual purity, it took a long time to “train myself to be godly”, to build up appropriate riverbanks in my mind and heart through which the river of my sexuality could flow.  As I have battled depression in my life – each episode has taken months to work through.

As I look at the battles I have won by the grace of God, one thing that stands out is that gaining the upper hand in them in most cases took years of determined discipleship.

Getting to a place where we were financially disciplined was a journey that took several long, hard years, with many places of failure and difficulty along the way.

Hopefully you can see that quitting should never be an option for a follower of Christ.  This journey of faith will usually be three steps forward and a step back, a valley here, a mountaintop there.

What’s been most comforting for me in my journey of growing is to learn that Jesus knows this about me also. He not standing there to crack me over the back with a whip every time I blow it.  He already took the whip for me, and the thorns and the nails and the hell and the judgment as well. That gives me the time to work out my salvation with fear and trembling.

My part is not to quit.