Live Dangerously: Know You Are Forgiven 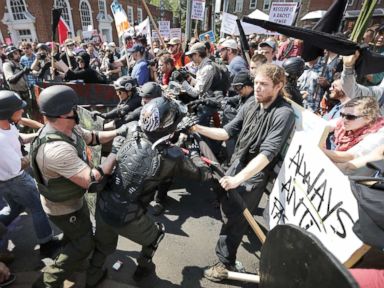 We live in a poisonous world these days full of angry people who seem to love slinging condemnation at each other. (It’s a hatred that can easily morph into something deadly, as we saw just yesterday in Charlottesville.) Does the Church have an antidote to this poison? I’ll say. It’s called the gospel.

The message that Christ died for you and me when understood properly has the power to stop us dead in our selfish tracks and redirect us in startling directions. In Romans chapter 8, Paul asks the Christians he’s writing to a series of questions to hammer home three truths he wants them to grab hold of which flow from the gospel. Questions 3 and 4 (in verses 33-34) are these: “Who will bring any charge against those whom God has chosen? It is God who justifies. Who is he that condemns? Christ Jesus, who died – more than that, who was raised to life – is at the right hand of God and is also interceding for us.”

The second truth Paul wants them to grasp is: God has forgiven me by Christ’s death. I need not fear any condemnation.

Paul began chapter 8 with a great trumpet blast of gospel truth when he said, “Therefore, there is now no condemnation for those who are in Christ Jesus.” A child of God who has repented of their sins, and accepted Christ by faith, is pronounced justified in God’s sight. Your forgiveness is settled. Your salvation is secured. End of story.

But I don’t feel forgiven, you might say. What do feelings have to do with it? If you are arrested and tossed in jail, and then are later acquitted by the judge, it doesn’t matter how you feel – what matters is what the court says. You can walk around in prison rags if you want, but you’re free.

And there are too many Christians walking around in prison rags, tormented by a past which God has already forgotten. Psalm 103:12 tells us “as far as the east is from the west, so far has he removed our transgressions from us.” It’s interesting: you can measure the distance between north and south. But you can’t measure the distance between east and west. And that’s what God’s forgiveness is like. Beyond measure.

If you can accept your forgiveness, then you become dangerous, because Satan can’t trip you up with condemnation any longer. Before, all he had to do was drop one thought in your mind of what you once did, and all the spiritual power ran out of your feet.

But now, when he comes round shaking that chain, you can say, “Be gone devil. For my sin, not in part but the whole, is nailed to the cross and I bear it no more.” (Someone should turn that into a song one day.)

But what if I keep on sinning? you ask. Most Christians when they blow it are right back to feeling condemnation, as though they’re unsaved all over again.

If you think that way, then you still aren’t fully understanding the gospel. You should feel sorrow when you sin, but not condemnation.

You don’t lose your salvation when you sin. Your fellowship with God is affected, but not your relationship. You’re still his child. A child who needs to grow up. A child who needs to “train themselves to be godly” (1 Timothy 4:7). (Here’s a good place to insert a reminder that forgiveness removes condemnation, but not necessarily consequences. There’s a pastor in the news right now who had a great moral failing not too long ago who is suddenly pronouncing himself fit for a return to ministry because he is “forgiven”. Not so fast. There’s a boatload of hurt people out there who should sign off on such a restoration.)

The miracle of grace is that Christ’s death on the cross gives us space and time to work out our salvation. Proverbs 24:16 says, “Though a righteous man falls seven times, he rises again.”

Can you see why this type of attitude, nurtured by the gospel, will make you dangerous? It changes the way you look at yourself. Satan can’t accuse you. He can’t bury a hook in you. He can’t throw a noose over your head.

And…drum roll, please, because here is where the gospel can prevent Charlottesvilles from happening…it changes the way you look at others. For if God has given such grace to you, you cannot possibly fail to give that same grace to others. If God has not condemned you, then if and when they fail, you must set aside your own instinct to judge and condemn. You must give them space and time to grow as well.

Nothing is more courageous and powerful than forgiveness. And nothing can unleash forgiveness like the gospel.