Live Dangerously: Know That You Are Loved 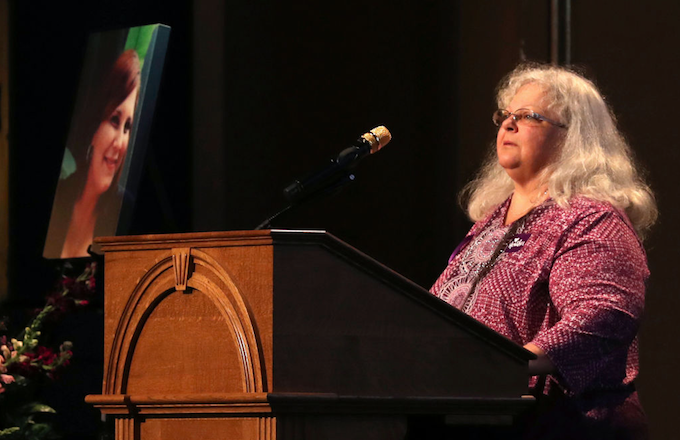 In Romans 8, Paul asks a series of six rhetorical questions to his readers, which are meant to encourage them to hang on to Jesus no matter what. If a believer can grab hold of the truth behind each question, it will strengthen them from the inside out, and make them dangerous, because their faith will become unshakeable and unbreakable.

So Paul asks, “If God is for us, who can be against us?” pointing to the amazing truth that God is on my side, so I don’t need to live in despair.

Later Paul asks, “Who shall bring any charge against God’s elect?” pointing to the truth that we are forgiven, so we don’t have to live under condemnation, and we can give God’s grace freely away to others.

The third truth Paul wants you to take hold of from chapter 8 is encapsulated in these final two questions:

“Who shall separate us from the love of Christ? Shall tribulation, or distress, or persecution, or famine, or nakedness, or danger, or sword?” ~ Romans 8:35

The final truth is: I can live courageously because nothing – not even death – can separate me from Christ’s love.

I was astounded by the eulogy offered by Susan Bro, the mother of Heather Heyer, who was murdered in Charlottesville by a neo-Nazi protester who drove his car into a group of bystanders.

“They tried to kill my child to shut her up,” she said. “Well guess what. You just magnified her.” She went on to say, “This is not the end of Heather’s legacy. You need to find in your heart that small spark of accountability. What is there that I can do to make the world a better place?”

That same courage will be needed today for those who are Christians, because the cost of following Christ continues to rise, as culture increasingly discards the biblical scaffolding that used to be around it.

What Paul says in conclusion to finish up chapter 8 are words that need no comment, except to read them, and be inspired by them.

“No, in all these things we are more than conquerors through him who loved us. For I am convinced that neither death nor life, neither angels nor demons, neither the present nor the future, nor any powers, neither height nor depth, nor anything else in all creation will be able to separate us from the love of God that is in Christ Jesus our Lord.”