Living Fearlessly: Know That Jesus Is The Christ 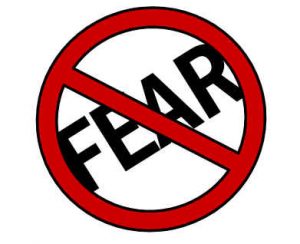 The word “Christ” is the Greek rendering of the Hebrew word “Messiah”.  It was a magical word for the ancient Jew, and no doubt, when the shepherds heard that the Christ had been born, this is what caused them to drop everything and run for Bethlehem to see the child.

The Jews had been taught for centuries from their Scriptures that one day, God was going to send to the earth his Christ, the Messiah. The Christ would be more than just a Savior. Saviors were a dime a dozen. God had sent many Saviors to his people over the years to get his people out of this trouble or that trouble. The Christ though would be different. He would deliver them from much more powerful and darker things.

The earliest prophecy of the Messiah is found in the Bible’s third chapter. No sooner had Adam and Eve rebelled against God and bowed their knees to Satan, no sooner had the curse of sin begun to take root in the earth – bringing all its ugliness and hatred and suffering – than God promised he would one day send someone crush the serpent’s head and rescue us from its evil. (Though in so doing that person would have his own heel bruised. The Messiah would suffer somehow in order to deliver us.)

From that first cryptic reference, other prophecies were spoken of the Christ, and each one filled in a few pieces of the puzzle. He would descend from the tribe of Judah. He would come from the line of King David. He would be born in Bethlehem. He would minister extensively in the Galilee region of Israel. He would have incredible healing powers. But he would be rejected by his people. He would be betrayed for 30 pieces of silver. And he would suffer a horrible death. His hands and his feet would be pierced somehow. Wicked men would gamble for his clothing. He would die alongside common criminals, but would be laid in the grave of a wealthy man. And the reason he would die in this way was to pay for the sins of the world. His death would be a direct assault on the power of evil.

All these details were foretold hundreds of years before Jesus was born, details describing what the Messiah, the Christ would do.  And Jesus fulfilled each and every one of them.

Can you understand why the shepherds’ every fear evaporated when they heard the angel say, “The Christ has been born”?