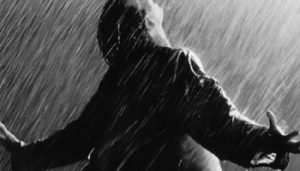 “Don’t be afraid,” God speaks to our hearts. It’s a tall order when you consider what a fearful place the world can be. But then God gives us three reasons why we can live fearlessly. In Jesus, you and I are given a Savior, who is Christ the Lord. Each word has significance.

Now think of the word “Lord”. What does that mean? Back in the days of the Roman empire, one of the things people had to say to each other was “Caesar is Lord”, meaning, “Caesar is divine”. “Caesar is a god”. It wasn’t just a term of respect. It was a term of complete allegiance, even worship.

Which is why the Christians refused to say “Caesar is Lord”. We’ll honor Caesar, they said. But won’t worship him. Instead, the Christians said, “Jesus is Lord”. And that simple confession got them into trouble. They were arrested as lawbreakers, hounded as infidels, slandered as atheists.  Christians were subjected to horrible abuse because they said what the angels said when Jesus was born. He is the Lord. He is God in human flesh.

But I want you to understand something. There’s a risk if you do this as well. Most people don’t mind it if you turn to Jesus as your Savior. Someone to come to when you need some advice or a quick exit ramp off of Trouble Road. That’s all well and good.

Most of them won’t mind if you talk about Jesus as “the Christ”, mostly because they don’t have a clue what that means. And besides, many of them like to use the word too (albeit, in different contexts.)

It’s when you start talking about Jesus as “the Lord” – as the one to whom we owe our supreme allegiance and worship – that they start getting miffed. Because Jesus is my “Lord”, he ‘commands my destiny’ as a popular Christian song says. Lords can do that. They can tell you what to do. And most people prefer to be their own lords, and call their own shots.

Here’s the deal though. If you want to banish fear from your life, then the Lordship of Christ is not optional. More often than not, if you call on God to save you from something you fear, he will respond by giving you something to do.

During the days of the great prophet Elisha, there was a Syrian general named Naaman who contracted leprosy. He heard of Elisha’s power to heal and came to Israel. He humbled himself and asked for help. Elisha told him, “Go and wash yourself seven times in the Jordan River (the main river in Israel) and you will be healed.” At first, Naaman was put off my this. “Couldn’t I just wash in any of the rivers back in Syria? They’re better than the Jordan River.” But then with the help of his servant, Naaman thought better of it, and he obeyed Elisha. He did what he was told to do.  And he was healed.

If you come asking for God’s help with the financial mess you’ve made of things, one of the first instructions God will give you through his word is that you must tithe. Give the first 10% of your earnings to him. That might seem ridiculous to you! “What!?  Here I’m in debt, and God tells me to give more money away?” I’d do it if I were you.

You come asking for God’s help with your marriage, and maybe one of the first things God tells you to do is cook a candlelight dinner for your husband. “What!” you say in protest. “That bum’s not worth a TV dinner.” I’d do it if I were you.

Jesus is both Savior and Lord. You can’t have one without the other. Call on him to save you. He stands ready and willing to help you. But then do what he commands.

In time, you will find this world a less fearful place.