It’s OK To Be Honest With God 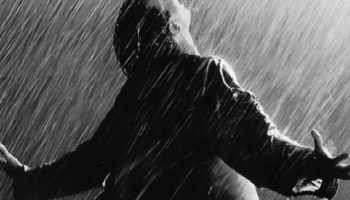 Asaph is having a really bad day.

He writes about it in Psalm 73. Such a bad day, in fact, that he’s entertaining the thought that his faith in God is worthless. And that people who could care less about God actually live better lives than he does.

So what are we supposed to do in such moments? It’s not an unimportant question because everyone of us is going to experience what Asaph is going through. Life is too long, and too hard, and too mysterious for any of us to avoid times of doubting and struggle.

In the first fourteen verses, Asaph is essentially venting. He writes out what he’s feeling, describing it to the tee. Which points to one important lesson when you’ve lost that loving feeling for God.

Be honest with yourself and with God.

When Asaph begins his rant about how the wicked lead carefree, happy lives, he is letting God knows how he feels. Guess what? It’s okay to do that with God.

In the movie “Shadowlands”, Anthony Hopkins, who plays C.S. Lewis, goes to comfort his stepson Donald after Lewis wife and Donald’s mother Joy has died.

“I don’t believe in heaven,” Donald says. Lewis doesn’t pounce on him in that moment. He doesn’t use it to give him a lecture or Sunday School answers or false comfort. He simply says, “That’s okay,” and then weeps with his stepson.

It’s okay to be honest with God about the pain or confusion or struggle that you’re facing.  Feelings will change, especially as they are shared, and not bottled up inside. God can work with honesty.

Some might say – especially those raised in the name-it-and-claim-it school of thought – that such honesty is a betrayal of God. To say such things is not walking in faith. Such thoughts are nothing but sinful, and need to be repented of.

This is one of the problems with this brand of theology – people who believe that a person who has true faith will walk on a continual flower-strewn path of healing, prosperity and victory just don’t do suffering well. And usually lack the empathy to treat suffering people well.

But to overcome our doubts, fears and worries, we first have to acknowledge that they’re there. And be able to describe with great specificity what we’re feeling. You can’t correct a person’s bad math until they begin putting numbers on the chalkboard.

“Pour out your heart before him,” Asaph’s boss, King David, writes in Psalm 62:8. Giving God an honest assessment of what’s churning in your heart, however dark or negative it might be, is what David means. And sets you on the road toward healing.