Parenting – Talking To Our Kids About Sex 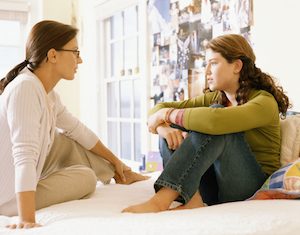 Why’s the Bible so obsessed with sex? you ask. Wrong question. God, because he loves us, speaks to us the most about those matters which have the greatest power to bless us, or hurt us.

When my daughter Hannah was a teen, what do you think I talked to her most about – how to handle a car or how to handle the TV remote? Was it because I was obsessed with cars? No. Why then?

We mustn’t think that the need for sexual discipline is for any particular segment of the population. Don’t think it’s only for the young. Or only for the creepy.

Years after George Reardon died, a 2007 renovation in this pediatrician’s former home uncovered tens of thousands of pornographic videos and slides of children he had abused. It was only death that stopped him from committing his atrocities against children.

We mustn’t think that the need for sexual discipline is for any particular segment of the population. Don’t think it’s only for the young. Or only for the creepy.

You’ll need to grow up and acquire the discipline to say, No.

And forget about thinking that a generation ago everything was just fine. In every church I have served, I have learned that incidents of sexual childhood abuse had occurred years earlier, in the church.

We can’t talk about this enough. Thank goodness the father in Proverbs loves his child enough to talk often about his sexuality, and how to harness its desires.