Lessons From The Psalms: Be Honest With God 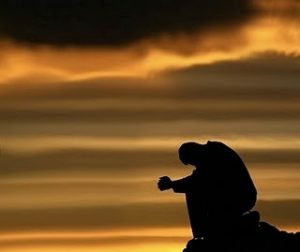 Most every follower of Christ has experienced times and seasons where they question if God is near, and if their faith even matters. It’s in times like this when I usually take a deep dive into the psalms, and for two reasons.

First, because the writers of these sacred songs usually let it all hang out with God. They’re brutally honest about what they’re feeling, so it’s easy to find psalms that speak right to where our hearts are at in any given moment.

But secondly, I love the psalms because they often take us on a journey of faith. The psalmwriter may begin in one place – in despair or doubt, but ends in another – usually with their faith and hope restored. How they make that journey is profoundly encouraging when God seems distant.

Take Psalm 73 for example, written by a worshipper named Asaph. If Asaph were a pop star, when the psalm begins he’s singing “You’ve Lost That Loving Feeling.” But by the end of the psalm he’s singing “I Can’t Live If Living Is Without you.” Let’s walk with Asaph this week and see how he makes this transition.

In verse 1 he says, “Surely God is good to Israel, to those who are pure in heart.” Well, he starts well enough. But then verse 2. “But as for me, my feet had almost slipped; I had nearly lost my foothold.” Meaning what? Asaph has experienced something which has caused him to question the worth of even believing in God.

In verse 3, Asaph begins to let us see inside his heart, and why he’s thinking this way. “For I envied the arrogant when I saw the prosperity of the wicked. They have no struggles; their bodies are healthy and strong. They are free from the burdens common to man; they are not plagued by human ills.”

That’s not the worst of it. Asaph then sees how these same people don’t give God a second thought. Verse 11: “They say, ‘How can God know? Does the Most High have knowledge?’ This is what the wicked are like – always carefree, they increase in wealth.”

That’s still not the worst of it. Asaph has a bit further to fall before he hits rock bottom. Seeing these wicked, carefree people causes him to look at himself. Here’s what he says in verse 13. “Surely in vain have I kept my heart pure; in vain have I washed my hands in innocence. All day long I have been plagued; I have been punished every morning.”

What is at the heart of Asaph’s struggle? He’s watching godless people lead lives of leisure, prosperity, happiness and health, meanwhile, the godly ones, those who love God and His truth, people like himself, seem to be getting the short end of life’s stick. Something’s terribly wrong with this picture.

Asaph is wrestling with an age-old conundrum. We’re not immune from asking questions like these, are we? When the doctor says that tests came back positive. Or the job is lost, or the job is not found. When the child becomes prodigal. When the car says, “I’m done. That’s all folks.” When the persecution starts.

In such moments, our reflex is to say, “Hey wait a minute. This isn’t what I signed up for. God, I thought you were looking after me.” And then to make matters worse, you start looking around at people whom you know aren’t serving God, you turn on “Hollywood Extra” or you page through “People Magazine”, you call to mind examples of the 1%ers, and you see beautiful, smiling celebrities living pain-free, problem-free lives.

I once came across a show devoted to telling us which celebrities had the best body parts. Who had the best feet, the best legs, the best tush, the best nose, best eyebrows – all good fun, except for the millions of people watching, who ran to the mirror afterwards looking at how they’ve been shortchanged and ripped off.

If we’re not careful, it’s easy at these moments to start doing a cost-benefit analysis of following Jesus, and then saying, “This is what I get for believing in God, and this is what they get for not believing in God.” Soon we’re thinking like Asaph: “Surely in vain have I kept my heart pure; in vain have I washed my hands in innocence.” It’s all a waste. Following God. Staying holy. Fighting sin. It’s all been a waste of time.

Thankfully, Asaph won’t stay in this place, but let’s allow this first section of the psalm to remind us of an important lesson. I think the first thing Asaph would say to us is to affirm the truth that it’s okay to be honest with yourself and with God.

It’s okay in our praying to let God know exactly how we’re feeling. Since he can see further into our hearts even that we can, we can’t hide it anyway. So share it with him.

Toward the end of the movie Shadowlands, is a scene that gets me crying every time, where Anthony Hopkins, who plays C.S. Lewis, goes to comfort his stepson Donald after Lewis’ wife and Donald’s mother Joy has died.

“I don’t believe in heaven,” Donald says. And Lewis doesn’t give him a lecture or Sunday School answers or false comfort. He simply says, “That’s okay,” and then puts his arm around him and weeps with his stepson. It’s okay to be honest with God about the pain or confusion or struggle that you’re facing.

Feelings will change, especially as they are shared and poured out. Not bottled up inside. God can work with honesty.