Sharing Our Faith: Be Incarnational 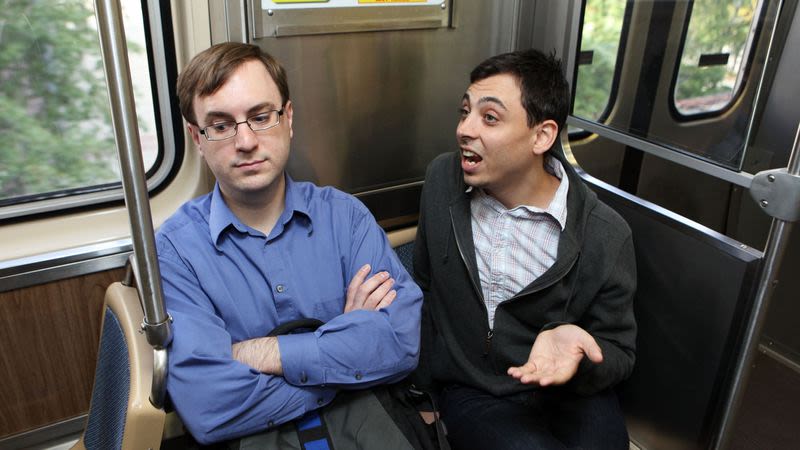 In John 4 is a fascinating story about Jesus’ interaction with a sin-riddled Samaritan woman at the local watering hole. (Literally, the village well. They didn’t meet at ben Methusaleh’s Tavern). We should meditate long and hard on this story because it gives us insight into how to interact with people who are not from our political, cultural or religious tribe.

As the conversation unfolds, we see Jesus model a variety of traits we should imitate. He models true inclusiveness, by seeing her value when no one else would. Here’s a second idea:

We should be incarnational, by learning how to enter and understand the world of the one we’re talking to.

God became human in Christ (we call that the “Incarnation”) to draw us closer to himself. For us to understand him, he’d have to speak our language. He’d have to walk awhile in our shoes.

That’s what we see Jesus do when he comes to a well to rest, and meets a woman who’s come to draw water. How does he enter her world? He begins the conversation by talking about…water.

He asks her for a drink. Which astonishes her because he’s a Jew and she’s a Samaritan, and they didn’t didn’t talk to each other back then. (Here’s Jesus is being inclusive.)

Then Jesus says, “If you knew who was asking you for this drink, you’d ask him and he’d give you living water.”

By the end of his lengthy conversation with her, Jesus will spell it out to her in black and white by saying to her outright, “I am the Messiah.” But notice: he doesn’t begin that way. He doesn’t begin where he is at, but where she is at.

Learning how to walk a mile in the other person’s moccasins, as the old saying goes, is a lost art today. Because of how politically divisive our culture has become, few even bother listening to others. They wait to hear buzzwords, so that they can slap a label on you, and then start attacking.

To a non-Christian, the word “Christian” now means “Trump voter”, “gay basher”, or “young earth Neanderthal.” Creating thirst for Jesus in the one you’re talking to is going to take some real effort today.

But it was the same for Jesus. The women at the well was also quick to slap labels on other people. She had everything figured out. But Jesus patiently poked around, asked probing questions, listened, and gently inserted his point of view at strategic parts of the conversation. And when it all was said and done, he so captivated her that she ended up bringing people to him!

Try being incarnational with others today. Don’t force them to enter your world. You enter theirs. Don’t expect them to listen to you. You listen first to them. And then with one ear tuned upwards to listen to God, begin to speak, and see where the conversation might go.