Sharing Our Faith: Be Informed 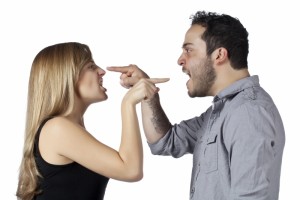 As Christmas draws close, the opportunity will present itself for you, if you’re a follower of Christ, to talk about your faith with others in a way that isn’t there at other times of year. The art of having “spiritual conversations” is without a doubt challenging, especially in these toxic times in which we live. But Jesus promised to teach us how to be “fishers of men”, so it must be possible.

Scripture gives us numerous examples of the Lord offering this training. John 4 – which describes Jesus’ interaction with a Samaritan woman at a well – is one such training manual.

We learn in reading the story that Jesus wants us to be inclusive, by seeing the God-given worth of each person we talk to. Black, white, gay, straight, Christian or Muslim – this must be your default setting at the front end of every conversation you have with someone, no matter how strange or crude or offensive they may appear. Say to yourself, “Here’s someone God created in his image. Here’s someone that Jesus died for.”

Jesus also shows us with the Samaritan woman how to be incarnational, by seeking to enter into the world of the other person and meet them at their level. Talk about things of interest to them. Use the things around you as icebreakers to take you into conversation. Small-talk your way into large-talk. Earn the right to be heard by listening.

Here’s a third lesson we learn in the story: Jesus wants us to be informed.

As their conversation proceeds, they eventually get in to talking about religion, and the woman says some things that just don’t mesh with reality or Scripture. As a Samaritan, the woman held some antagonistic opinions of the Jews. Jesus gently, yet firmly corrects her. He doesn’t veer away from speaking truth to her. “Salvation is from the Jews,” he says. I can picture Jesus saying the same words to a Muslim woman he would meet at Starbucks, were the story to happen today.

What we’re really talking about is something Christians call “apologetics”. This doesn’t mean you’re sorry for being a Christian, and you just feel terrible about having to tell them about Jesus.  An apologetic is what lawyers call a “reasoned defense”. To be apologetic means you know how to explain to others why you love and follow Jesus.

It’s like Peter said. “Always be prepared to give an answer to everyone who asks you to give the reason for the hope that you have. But do this with gentleness and respect.” (1 Peter 3:15).

Witnessing should never be a matter of shoving truths and Scriptures down a person’s throat who doesn’t want it. You can’t force a person, or yell a person, or terrorize a person into believing what you believe. Truth can never be obtained so cheaply.

Being an informed witness has numerous advantages:

It’s something anyone can learn.

Apologetics just requires you to do your homework. You read a little, think a little, practice a little, and in time, you improve in your ability to have spiritual conversations.

It defuses emotion from the conversation.

It seems like today, discussions of conflicting ideas quickly degenerate into yelling matches or Tweet storms. But when you exchange ideas – when you begin to ask the other, “Why do you believe that?”, something powerful can happen.

It doesn’t require you to have all the answers.

The Christian worldview is powerfully coherent and compelling. But you’ll only learn this as you put your faith “out there”, and let it go toe-to-toe with other worldviews. And if you get your butt kicked, that’s okay. Read a little, and think a little some more.

For example: Our culture’s assault on biblical sexual ethics has forced followers of Christ to dig far deeper into God’s plan for human sexuality than any generation of Christians before it. This isn’t a bad thing. It’s given us far greater compassion for anyone who struggles with sexual identity issues than past generations of Christians ever showed.

But it’s also deepened the moorings of our faith. Nowadays, Christians who hold the line against LGBT ideology can do so with greater confidence than past Christians could. Not only can we quote the Scriptures which set God’s boundaries, but we can give reasons for why God set those boundaries in the first place. And why it’s not hate which prompts us to point to those boundaries, but it’s one of the highest expressions of love imaginable.