Spiritual Growth: It Depends On The Soil 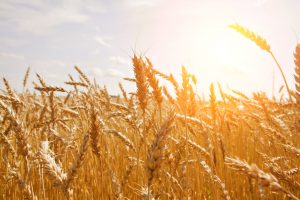 A final principle for spiritual growth that emerges from the parable of the sower is this: Check the condition of your heart.

In the story, the seed (i.e. the message of God’s Word) falls on different types of soil. First, Jesus mentions seed that falls along the path, and birds come and eat the seed. Clearly, this represents people with hard hearts. They’re completely resistant to any thought that there might be a God before whom they are accountable.

God’s Word has no chance of penetrating such a heart, because that person already has everything figured out, and will resist every attempt – even militantly if need be – to change them. The only hope for such a person is that he crosses paths with enough faithful Christians whose lives become chisels that will crash down against his heart, and shatter it.

Jesus then mentions seed that gets sown on rocky soil, and the seed springs up right away, but then as soon as the sun comes out, the plant is scorched and dies. These are people with shallow hearts.  Jesus says that they have no root, and so when trouble or persecution comes because of the word, they quickly fall away. They’re open to a Christianity that promises “your best life now”, but as soon as the road narrows, and things get hard, they jump off the bandwagon.

Though Jesus died on a cross for us, we’re not done with crosses. Following Jesus will lead to hardship and struggle. Christianity is not the easiest way; it’s the best way. People with shallow hearts struggle to understand such things, either because they were poorly taught when they first came to Christ, or they purposely look for teaching that tells them what they want to hear. The only way to reverse this is to adopt a mindset which is open and submissive to the full counsel of God’s Word. For “Man does not live by bread alone, but by every word that comes from the mouth of God” (Matt.4:4).

Then some seed falls among thorns, and the plant that springs up in that soil is choked, then killed by the worries of this life, the deceitfulness of wealth and the desire for other things. This is an example of those with divided hearts. David wrote in Psalm 86:11, “Unite my heart, to fear your name.” For he knew that there were so many things in life that threatened to crowd out God as the first love of his life. Our hearts are “idol factories” as someone once said, and so we must be on guard to keep those assembly lines of sin shut down.

Spiritual growth is your God-appointed destiny. Paul says in Romans 8:29 that “God… predestined [us] to be conformed to the likeness of his Son.” While we’ll never come close to completing that journey in this lifetime, neither do we have to wait till heaven to start the transformation. The fruit-bearing can begin right now.

If you come to the end of your days after a lifetime of following Christ and yet you’re still the same ‘ole miserable cuss that you were when you were young, still spitting out the same old pus of bitterness, gossip, lust, anger, addiction; still fighting with the wife, still cursing the boss, still laughing at those racist jokes, still harboring all that resentment at the guy who crossed you 40 years before, still as selfish as the day you were born, then you have missed out on the best part of being a Christ.

Not to mention, and are coming dangerously close to having Jesus say to you when you first lock eyes with him, “Sorry, but I don’t know you. You’ll have to leave now.”