The Communion Of Saints 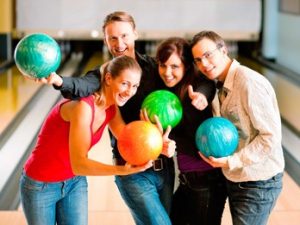 “…the communion of saints…

I like how the Apostles Creed doubles down on the importance of the Church by mentioning it twice. Right after declaring our belief in the “holy, Christian Church”, we then add, “the communion of saints.” While the first phrase is a big-picture look through the telescope at the “Church”, this second phrase is a look through the microscope at the “communion” individual members (the “saints”) enjoy with each other.

The New Testament uses a special Greek word to describe this communion – koinonia. We typically translate it “fellowship”. Sadly, the word “fellowship” is so over-used today that it’s lost most of its impact. Two guys bowling can claim to be having fellowship. But koinonia, like many a Greek word, has deepening layers and texture to it.  Scripture mentions at least three types of communion the saints have with each other.

First, there is surface-level koinonia. Acts 2:42 says the first Christians devoted themselves to koinonia, then tells us in verse 46 that daily they attended the temple together and broke bread in each other’s homes. This is where fellowship begins – koinonia cannot occur unless people get together.  (So yes, fellowship can occur on Lane 7 with your bowling buddies.) This is where you begin to know people, which then allows you to move deeper into fellowship.

The second level of fellowship might be called sharing koinonia. Acts 2:45 tells us that the first Christians practiced extraordinary generosity with one another. “They were selling their possessions and belongings and distributing the proceeds to all, as any had need.” From the first century to the 21st, followers of Christ are demonstrably the most generous people on earth.

The Left-leaning hostility toward Christianity we have seen unleashed in recent years is utter foolishness. Talk about cutting off your nose to spite your face! If the Church were ever crimped and marginalized the way many advocate, the irreparable harm that would do to our cities and neighborhoods would be incalculable. You thought Bedford Falls was bad-off without George Bailey! American society without a fully free and functioning church would become ten times the nightmare you might think it is now.

If the Church were ever crimped and marginalized the way many advocate, the irreparable harm that would do to our cities and neighborhoods would be incalculable.

A third level of fellowship Scripture speaks of is suffering koinonia. In Philippians 3:10, Paul writes that he wants to know Christ and the power of his resurrection and the “fellowship of his sufferings” (where he uses the word koinonia once again.) We’re as far from the bowling alley as we can get now. The Bible calls us in the church to “bear one another’s burdens” (Gal.6:2), and to “weep with those who weep” (Rom.12:15).

Our willingness to suffer for the sake of Jesus then branches out into the world, as we take the gospel into an unbelieving and hostile culture. The world will hate us, Jesus promised (John 15:18, a verse that seldom appears on any Bible Promise Calendar I’ve seen). But it’s a hatred we will be willing to endure for the sake of inviting others to share in the communion of the saints.