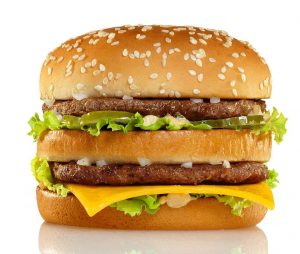 This week I want to challenge you to think seriously about a habit that most Christians neglect but which – if practiced – can do more to enrich your spiritual life than just about anything I can think of. Here it comes. Are you ready? Wait for it…

Alright, I get it. Half of you just groaned, and the other half rolled your eyes. If you grew up in a church, from your earliest years of Sunday School and Vacation Bible School, you were asked to memorize Bible verses, the books of the Bible, and important statements of the faith like the Apostle’s Creed. But that’s usually where the idea of memorization gets left – back with the kids’ stuff.

But this is as far from child’s play as something can be.

Now I know wheel-barrel’s full of Scripture, and can find my way around the Bible like a speed-dater on steroids. But I was shocked to learn how few verses I had actually memorized – where I could roll the verse off my tongue word-perfect, with the reference. So when I launched my purity series for Lent, I committed myself to learning the memory verses that were part of it…and was amazed how stimulating it was for my faith.

Then I stepped it up a notch and I began to commit to memory a number of psalms in their entirety. It became a part of my Bible study and prayer time. As of this writing, I can now roll off my tongue, word-for-word, Psalms 1, 16, 23, 84 and 121. Once again, I cannot exaggerate how this has empowered my prayer-time, and brought order to my thought life.

So much so, that it would be a point of pastoral cruelty to not share this with you and encourage you to try it for yourself.

Trust me, I can hear the blowback, even now. “But Pastor Barry, I don’t have a good memory. Not everyone is cut out for this sort of thing. I can’t even remember what I had for breakfast this morning. I’m always forgetting where I placed my keys.” Alright, I get that. Some of us tend toward forgetfulness.

So I get it. Memory work isn’t the easiest work for everybody. However, I’m of the belief that you and your brain are capable of more things than you’re letting on. Chances are actually quite good that if you pushed yourself just a little bit, you might just find out that there is an undiscovered country inside of you.

The fact is, you’re already a memorization hound. Complete the following sentences for me. “For God so loved the world….” See. “Amazing grace, how sweet the sound, that….” Remember this one? “Two all-beef patties, special sauce…” (If you’re under 40, Google it!)

So hang with me this week as we talk about reasons for adding this amazing tool into your spiritual tool kit.

And here’s your homework for the week. I challenge you to memorize Psalm 1. On your mark, get set… (see, you already knew which word was next, ‘cuz you’ve memorized it.) You can do this!