Do Your Scenes Sizzle? 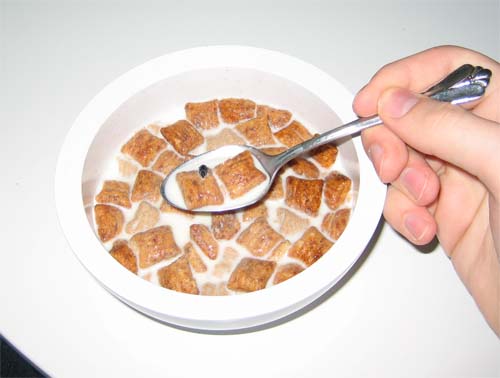 Tip 33 is this: A premise must be supported by fresh, solid scenes.

What is a story or a movie or a play but a succession of scenes stitched together? Sounds so simple, doesn’t it. But the key to good writing is that each scene has a purpose for being there, and has a sizzle all its own. If you keep a journal, you don’t write down that you had Raisin Bran for breakfast. But if a hairy spider crawled out of your Raisin Bran, I bet that would get jotted down.

“Colorful characters can flit across the page, but unless they are engaged in pitched battle, the reader won’t care,” says JSB. He then offers several ideas for beefing up your scenes.

Make your dialogue flow. He suggests writing a scene only in dialogue to get at the narrative punch of the scene. Early on in my writing, I began the habit of writing both novels and scripts of the same projects alongside of each other. I never could quite put my finger on why I did that, but Bell has helped me make sense of this. Writing screenplay scenes gave me the dialogue I needed to figure out where the scene was supposed to go.

Cut or hide exposition. Especially today where people’s reading skills have been weakened by social media and 3-point blogs. So take that long paragraph where you want to wax eloquent, and try to imbed those ideas either in dialogue or in the characters’ thoughts.

Flip the obvious. So you’ve got a truck driver in your scene. The reader expects a big, burly, bearded guy in the seat. Why not make the driver a woman, says JSB. But not a big, burly woman, but a woman in an evening dress. See where that takes you. Don’t opt for what’s expected or cliché.

Know what you’re aiming at. Every scene should have a bullseye, Bells writes. Something that turns the action around or reveals something unexpected. Figure out what that moment is. Ask yourself, “Why is this scene even in here?” If you can’t find a compelling answer, then take it out.